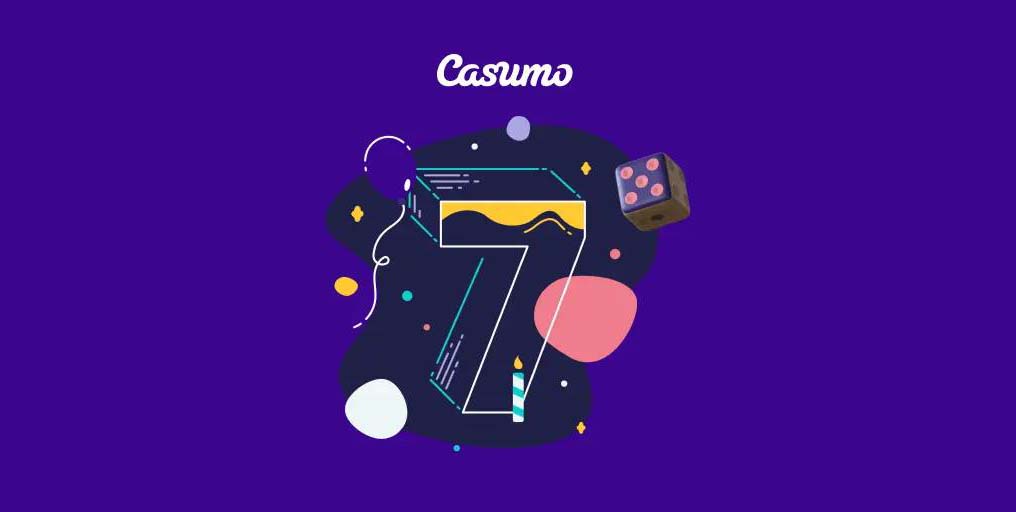 We still remember the autumn of 2012. It was the time of success, new releases and the year when Microgaming’s Immortal Romance came to life.

Most importantly, Casumo Casino was founded in 2012.

Therefore, in 2019, we have the honour and pleasure of celebrating its 7th anniversary!

Join the birthday extravaganza today for heaps of amazing prizes!

The Casumo Birthday Party will last from the 3rd October until the 6th of October 2019. The celebration concludes on the last day of the promo at exactly 23:59 CET.

During the promotion period, make sure to fully immerse yourself in all the campaign offers.

Here are the crackin’ treats Casumo has prepared for you:

As the promotion is all about the number 7, the wagers surrounding it are the same. Any deposit you make including the digit and greater than €17 will earn you a ticket to the prize draw! The final real money prize is none less than €7,777! Every day you can collect up to 10 tickets.

Log in anytime between 3rd and 6th October for 7 free spins. Then compete against others and fight for €777 in cash!

Play’n GO’s Rise of Dead slot is the game of the month at Casumo. Play it on Saturday, 5th October at 8 pm CET and win the grand prize of €7,000!

The single best champion among you will go home with €7,777 cashed out immediately! Play at the Casumo Live Blackjack tables and get three 7s of the same suit in a row.

Another lucky player will scoop €50 if they land two 7s of the same suit as a starting hand.

Please gamble responsibly. When the fun stops, you should, too.

Put your party hat on and head to Casumo now!