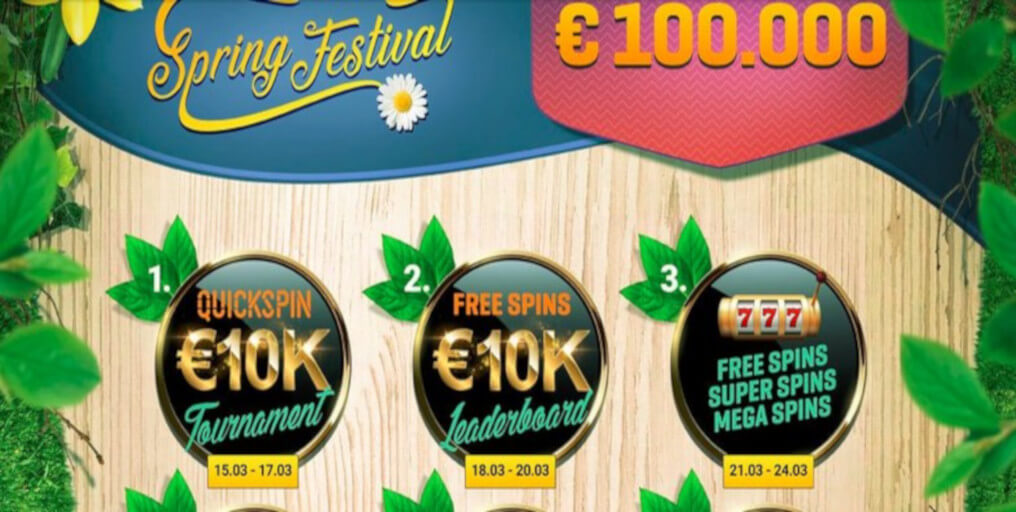 The long days of cold winter are finally over, and we are ready to welcome the spring. Flowers will blossom, new leaves will appear – everything is coming back to life.

The one-of-a-kind Guts casino has decided to celebrate the transition to warmer temperature, and the upcoming offer is breathtaking. From the middle of March to the middle of April, players will have a chance to participate in not only one or two, but 9 promotions!

Now, that’s what we call a sweet welcome!

The €100K Spring Festival Fever is split into 9 parts, and those are:

Players will have to opt-in for the Spring Festival Fever in order to participate in any of the 9 upcoming events.

But that’s not all – if you opt in for the promotions and participate in at least two of them, you’ll be automatically part of the €20K Raffle which will take place on 15th of April.

Hurry to celebrate the arrival of spring and win incredible prizes at Guts!