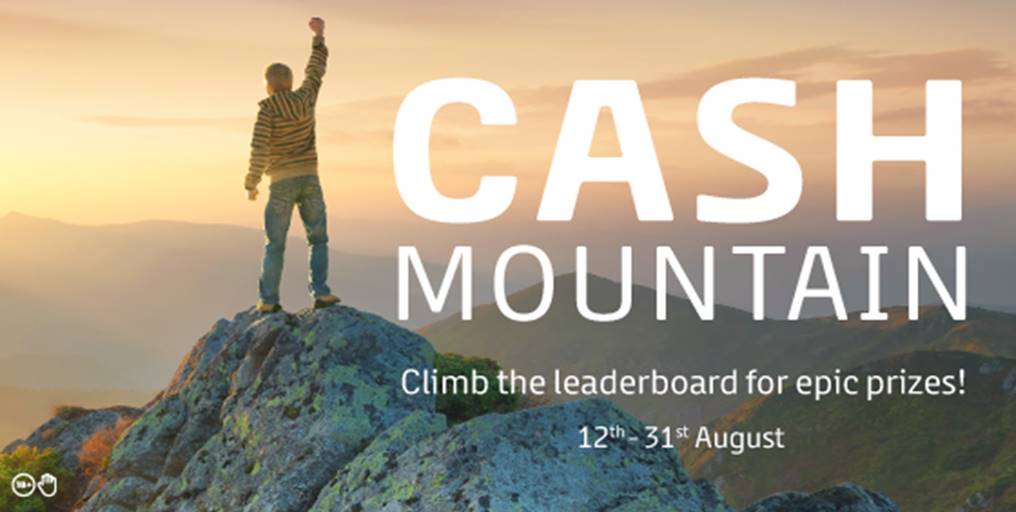 Hold on to your chips, because The Microgaming Poker Network (MPN) has just announced another cash game leaderboard promotion and it is all about climbing to the top and picking up some mouth-watering rewards!

All you Need to Know!

One of the largest and most prominent poker networks is launching “Cash Mountain” promotion that will officially start on August 12th and by the end of the month, reward 15 lucky players who have staked their claim to massive leaderboard cash prizes. The total of these spectacular prizes is over €20,000!

Officials from the MPN have confirmed that the promotional period will be divided into three stages. The first stage will last from 12 – 16 August, the second from 19 – 23 August, and the third and final stage will take place from 26 – 30 August.

In order to claim one of the three special promo leaderboard prizes, you will have to rank amongst the top five players on the said leaderboard in each of the three stages. The three special promo prizes that the players will choose from are: a €750 in cash, a live Poker event package valued at €1,500, and an online tournament package to the value of €1,550.

There are of course some conditions that you will have to bear in mind, before you join in the trek the mountain top. You must play at least 2,500 hand at a wager value of €0.50 or higher, as well as to have competed in each of the three stages.

Those players who manage to accumulate the most points, thanks to big blind boosts won at every qualifying wager-level will be the leaderboard winners. This kind of ranking guarantees the fairness of this process.

The MPN has made sure that no one walks out with empty pockets.

No amount of time spent playing Poker is wasted, because even if you do not make it in the top five there is still a chance for you to claim a €50 cash bonus cash prize. All you have to do to qualify is to play more than 100 hands at minimum stakes of €0.05/€0.10, and you are immediately welcomed into the special Daily Run Bad Flip Freeroll event, beginning at 8pm on the following day!