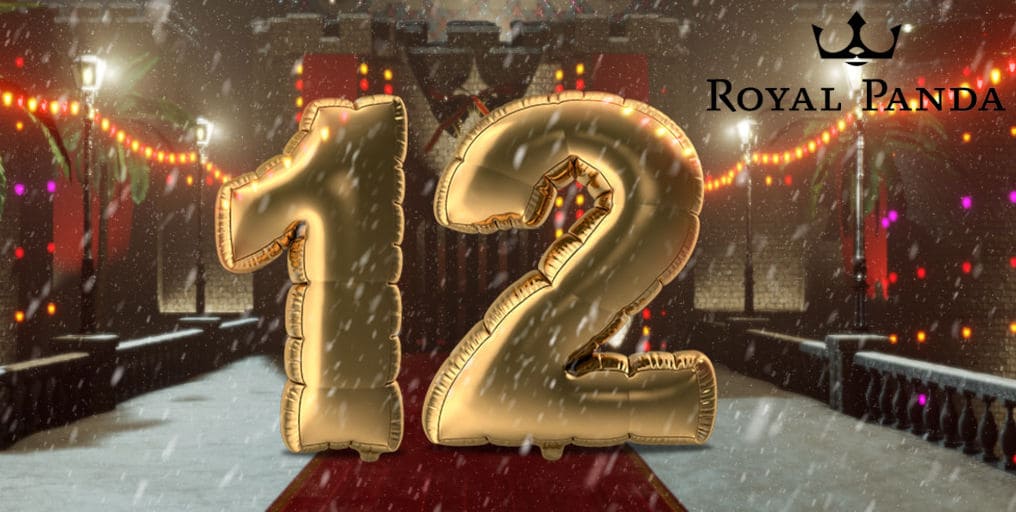 We are all excited about the upcoming Christmas holiday festivities. Granted, the pandemic slightly dimmed the excitement as we are not able to celebrate it with friends and family, but we have ways to have fun.

Or rather, Royal Panda casino has a way to make you enjoy Christmas. The renowned gambling site launched a 12-day online casino promotion which aims to bring back the Christmas spirit. Play for 12 days and claim a share of $12,000. Continue reading to find out more!

Twelve days before Christmas, or Twelvetide, is the festive season which celebrates the birth of Jesus. It is widely celebrated and this year, not even Royal Panda could resist the festivities.

The Twelve Days of Christmas promotion at the casino includes a hefty prize pool and a plethora of exciting slot releases.

Your task is to play the chosen releases and collect points for the grand prizes. Worry not, there will be more than enough chances to win a prize.

The entire promo period is split into two promotional parts: the first runs until December 19th, while the other lasts until Christmas day.

The first part of the promo launched on December the 14th. During this time, players can play any of the three chosen games:

The other part is similar, only now, you get to play:

The general promo rules include a minimum bet requirement of $0.60 per spin. Before you get to play, you have to Join the promotion. The score of each player is based on the highest win per spin. The win is then divided by the bet amount.

Another thing to note is that the second promo is a Play’n GO promo. The rules are slightly different. For instance, the betting requirement is $1 per spin at least.

Head to Royal Panda for your Christmas miracle.