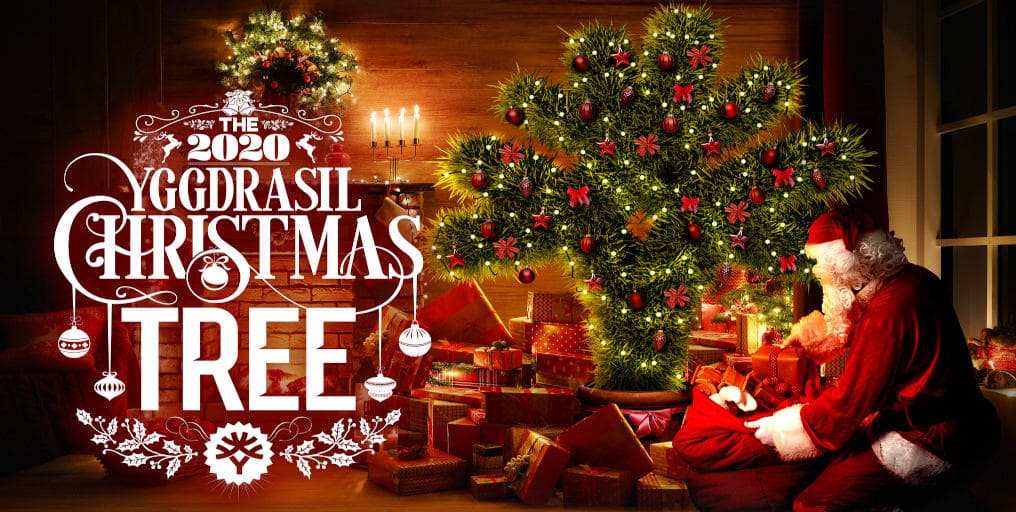 According to the legend, Yggdrasil is the ancient Nordic tree of life. However, the Yggdrasil we know, and love is a software gaming company. But the company wants to change that. The provider has decided to live up to its name this Christmas and thus concocted a humongous casino promotion for its players.

Yggdrasil arranged four different events which last from 14/12/2020 to 10/01/2021. The first deal was the Dashing Double Drop which ended on December 16. The day after, the Tinsel Tournament started. There are also Merry Mission and 2021 Prize Drop events.

Before we explain the deal about the last two events, we’ll introduce you to the Tinsel Tournament.

The Tinsel Tournament is a slot tournament reserved for true fans of Yggdrasil Gaming slots. The total prize pool is €70,000, with €8,000 being the top prize. But that’s not all! Five hundred players who did not earn a place on the leader board will also get a Christmas gift from Yggdrasil. Right after the end of the tournament, the provider will host a raffle which will issue 500 more prizes to happy players.

The event ends on December 28th, the same day the Merry Mission starts. To participate, play any of the following games:

After Tinsel Tournament ends, it’s time to compete for more prizes. The next event is the Merry Mission which involves €80K prize pool and four games.

The participating games and their missions are:

And that’s not all! The grand finale is the 2021 Prize Drop which features €50K in prizes for random winners. All you need to do is play the chosen games and hope for a prize.

Here are the games for the final part of the Yggdrasil Christmas Tree Promotion:

There is no minimum bet requirement for any event and participating games. Just play, have fun, and grab prizes.