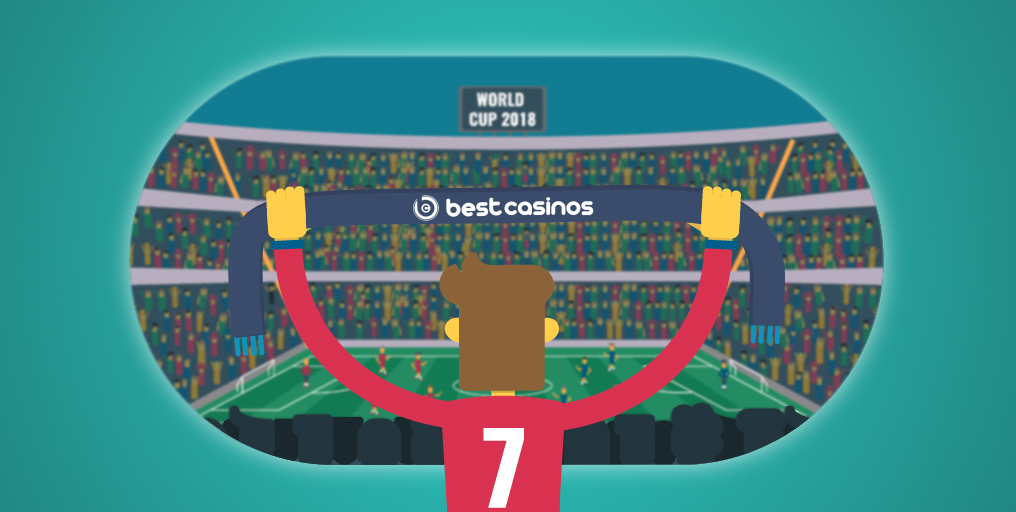 Excitement is slowly reaching its peak as the 2018 FIFA World Cup in Russia approaches.

The participating countries used their March friendlies to polish form and make final preparations ahead of the main event this summer and we are all starting to count down days before the club season will come to its end and the entire focus will be shifted towards the biggest event in world football.

Football fans all around the globe dream about visiting the World Cup and watching their favourite national team in action at the brightest of stages.

Visiting Russia remains a pipedream for many a football fan who simply can’t afford all the costs and that’s where Mr Green comes in play with his generous World Championship promotion.

Mr Green has prepared not one – not two – but three World Championship prizes to be won during starting from 2nd April to 22 April 2018.

During each week players can earl 1 goal – and claim a hat-trick as the maximum achievement during the promotion – for a chance to score one of the three prize packages.

A ‘Goal’ is claimed by either playing 500 spins/rounds on casino slots or by wagering €100 in Mr Green’ sportsbook with settled bets higher than 1.60 betting odds.

Just like in every other football match, the players will here be given some extra time to uncover their weekly Goals and other extra delicacies which include Casino Free Spins and Sports Free Bets. Every 100 spins played on Slots will earn 20 Free Spins, with maximum 300 Free Spins per week, whereas every €100 bet in total in Sportsbook will earn a €5 Free Bet, with maximum €25 in Free Bets per week.

All prizes included in three World Cup packages include winner plus guest which attest to Mr Green’ generosity.

Winners that claim prizes in the first package will travel to Russia from 15th to 20th June 2018 with match tickets to event opener Russia vs Egypt and Morocco vs Iran. The package also includes exclusive bespoke viewing of France vs Australia, Germany vs Mexico and Sweden vs Korea.

You will also be pais return flights to St. Petersburg with 5 nights of hotel accommodation, an exclusive city tour plus winning and dining.

This package takes you to Russia from 21st to 24th June 2018 and gives you tickets for Brazil vs Costa Rica, whereas it also provides you with exclusive bespoke viewing of Germany vs Sweden hosted by Mr Green Club Royale Reps.

Along with the return flights to St. Petersburg you will be granted 3 nights of hotel accommodation with an exclusive city tour plus wining and dining.

Starting from 25th to 18th June 2018, this package includes tickets for the game between Nigeria and Argentina, as well as the exclusive bespoke viewing of Costa Rica vs Switzerland.

You will also be taken back to St. Petersburg and given a three-night hotel accommodation with – you guessed it – an exclusive city tour and some wining and dining.

All in all, it’s a lot more than most of us can imagine!