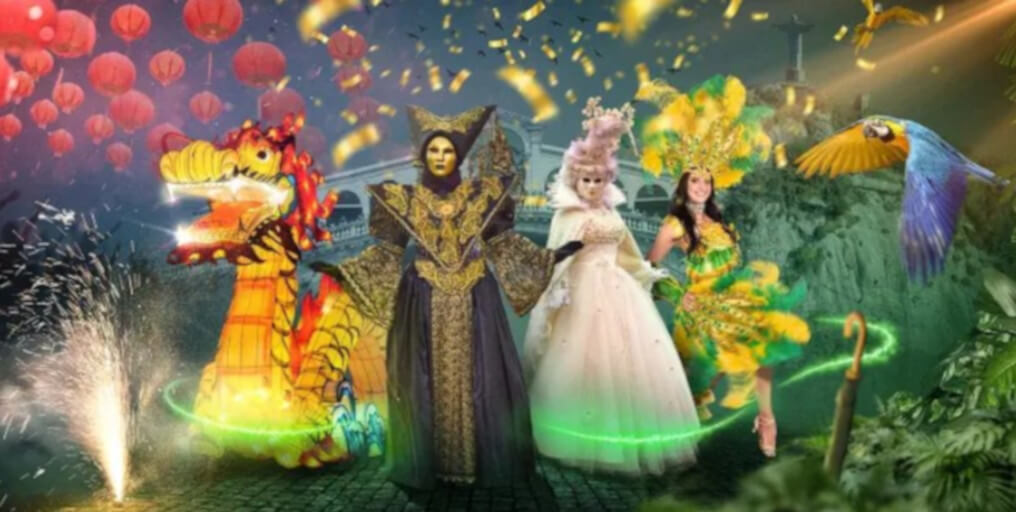 Spring is slowly sneaking up on us and the Carnival season is at hand.

If there’s one event synonymous to the word Carnival than is the globally recognised Carnaval do Rio de Janeiro. The annual event is widely considered the biggest carnival in the world with over two million per day hitting the streets of Rio.

Revelers, floats and all sorts of adornments set the rhythm in this global phenomenon you can be part of this year too!

We have Mr Green to thank for it, knowing that this online casino is offering a unique opportunity to win a trip down to Rio for a real all-inclusive carnival experience.

In a promo deal lasting from 11th February to 17th February, Mr Green Casino customers are encouraged to take part in a three-tier carnival missions for a chance to grab a share of the €10,000 Prize Pool and tickets for 2 to the Rio Carnival.

Mr Green has prepared three Missions you need to complete – in any order – to score one of the top 100 positions on the leaderboard. Lantern Festival Missions are promoted in association with Yggdrasil and include some of the developer’s highly popular games – Hanzo’s Dojo, Vikings Go Berzerk, Trolls Bridge, Valley of the Gods, Vikings Go Wild, Vikings Go to Hell and Spina Colada.

Your aim is to collect 88 Hanzo symbols and 30 Free Spin symbols in Vikings Go Berzerk both with a minimum bet of €0.50 per spin.

The second part of the three-tier mission involves collecting 2 Bonus stones in Trolls Bridge and collecting 100 Scarabs at Valley of the Gods slot, both at the minimum bet of €0.40.

This part bring the required bet minimum back to €0.50 and you will be encouraged to collect 30 and 100 Free Spins symbols in Vikings Go Wild and Vikings Go to Hell, respectively. Also, you need to collect 3 feature icons in the Spina Colada slot.

It’s an all-inclusive package as you’d expect from Mr Green. It includes standard return flights for two from Europe to Rio de Janeiro with private return airport transfers. A 6-night accommodation at the four-star Ritz Copacabana Boutique Hotel included in a double or twin room.

In addition to Carnival Parade tickets you will also get an exclusive behind the scenes access to the events and much, much more.

Visit Mr Green online casino to get a full lowdown on this impressive offering and join in for a chance to fly to Rio.