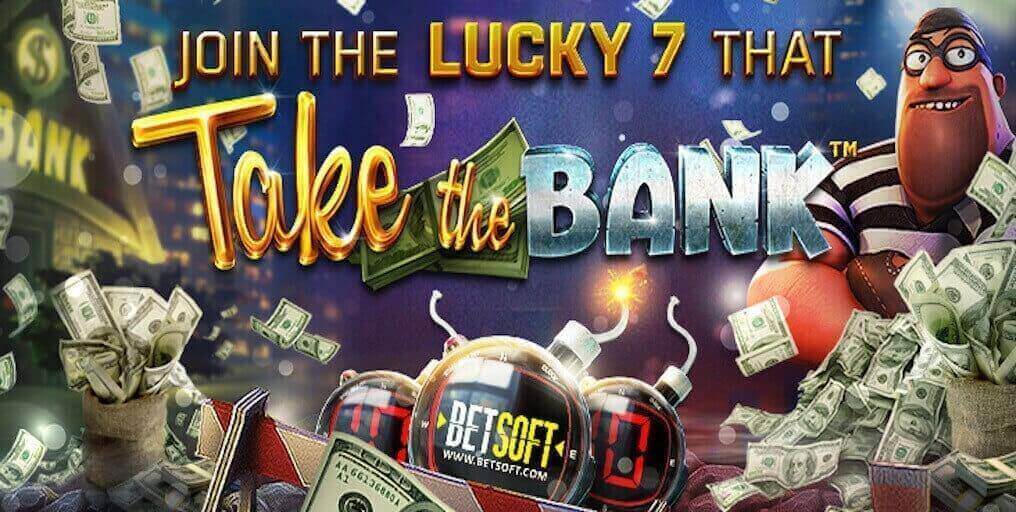 Win a Share of €7,000 Every Week in May Playing Popular Betsoft Slots

We know you love playing Betsoft’s games, just like we do! But playing its games is about to become even sweeter. The game developer has announced a brand-new promotion that covers its most popular slot games.

If you play the games in your favourite casino, you might win a share of €7K – every week. The deal lasts until the end of May. Let us show you more.

Take All the Banks

This May, Betsoft decided to reward its players with a fantastic deal. The prize pool for Take the Bank is €28,000, and a quarter of it goes to players each week.

As we are approaching June, the days to complete the offers and win money are running out. Hurry up! Don’t let this magnificent deal slip through your hands.

Visit any Betsoft-powered online casino – we recommend Twin Casino – and sign up for the Tournament.

As this is the final Tournament week, there will be no Tournament like in the previous three weeks. Instead, the provider announced a Lucky Prize Draw where seven lucky players randomly get a chance to win cash.

At the end of the week, you might become one of those lucky players that get €1,000 in cash!

To be one of the winners, you need to play the chosen games. Those are: Take the Bank, Gemmed!, Gold Canyon, The Golden Owl of Athena, Heist, Total Overdrive, and Lucky Seven. Plus, Betsoft released Quest to the West slot today, so there is one more reason to play its games in your casino.

You join the Tournament by placing a €0.50 bet in any of the selected games, but you collect points by playing more.

The promotion runs until 31st of May, so don’t lose this chance – visit your favourite casino and play.