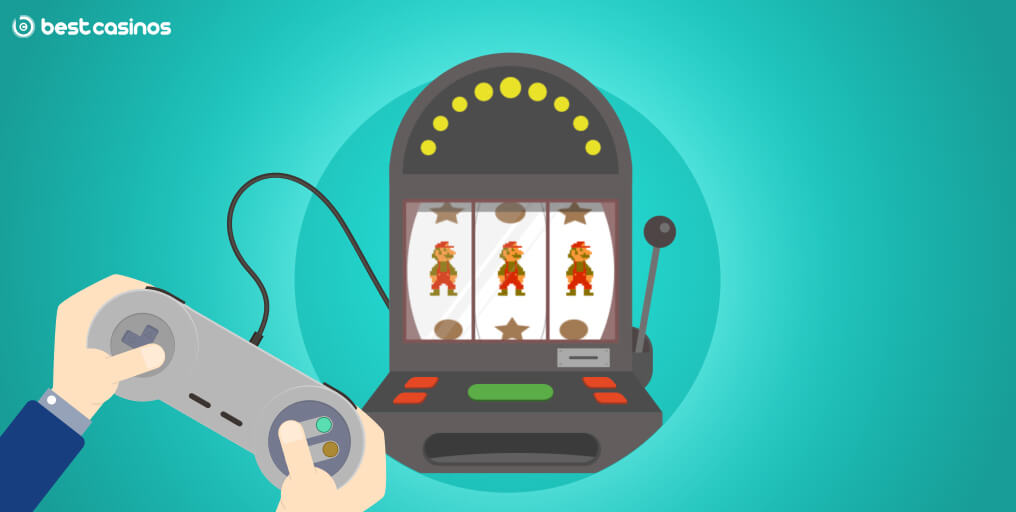 Gamification and Its Implications for the Slot and Casino Industry

If you’ve ever had to deal with a recalcitrant toddler, chances are you’re well aware of the lengths you’ll go to in order to persuade them to do something they’re unwilling to do.

Many a frustrated parent has resorted to bribery by promising a coveted toy or candy; others will cleverly turn the job into a game, promoting engagement, stimulation and motivation.

It would be silly to assume that only toddlers find games exciting – the online gaming industry has ballooned in recent years and is now one of the top pursuits that adults enjoy in their leisure time. And, much like the smart parent in our example, gaming designers have realised the potential of applying typical game-playing elements to their designs and capitalised on it, making online gaming more immersive, stimulating and yes, addictive, than ever before.

This ingeniously simple technique is known as gamification.

Though the term “gamification” has only been officially coined since 2010, in actual fact it has been around for decades. You’ll remember the obsession with video games if you’re an 80’s child – examples like Battlefield and Super Mario would employ innovative game mechanics, such as introducing problems for the player to solve, in order to encourage higher player participation.

Nowadays, perhaps the most popular game that uses this technique is Zynga’s Farmville, which was developed in 2009 and is played by millions all over the world through Facebook. Farmville is a virtual farm in which players perform different farming tasks in order to accumulate points, levelling up at each point threshold. This is so strikingly similar to what happens in online gambling that we use both terms – gambling and gaming – interchangeably, with the only difference being that gamblers play for money.

Gamified Casinos – Play your Heart Out

In simple terms, gamification is designed to directly hit the pleasure centre of the brain and hence make gameplay altogether more exciting and rewarding. Gamified casinos will utilise gamification techniques such as leader boards and loyalty points, often introducing other attractive temptations such as goals, adventures and missions that gamblers have to complete in order to obtain potentially huge rewards. This heady mix, coupled with sophisticated game designs, provides a thoroughly absorbing experience in which the gamer is totally immersed. In fact, the concept of gamification has become so huge that un-gamified casinos are rapidly becoming a thing of the past. Read on for an insight on what’s going on in the present.

One of the first casinos to recognise the potential of gamification, Casumo is rife with intriguing adventure promotions, regular tournaments and your own personal avatar that accompanies you as you complete missions and accumulate points, catapulting you straight into the path of great bonuses and prizes.

Spin the Wheel of Rizk and it will send you reeling into a world of real money, big jackpots, the double speed chip, free spins, super spins and mega spins. Players, guided by the capable Captain Rizk – the site mascot – compete to fill their power bar and activate the super-cool Wheel of Rizk.

Kaboo prides itself on offering unique twists to its games – involving players in innovative missions in which they chase credits and glory in return for relics, gift boxes containing a guaranteed prize in the form of credits, cash or a massive jackpot.

Other gamified casinos include Mr Green Casino, Casino Palace and Vegas Hero, among others.

Gamified Slots – How and Why They Stand Out

Modern online slot machines have come a long way from their age-old, physical counterparts, where all you had to do was pull on a handle and wait for the cherries to line up. In fact, playing slots in the past could hardly be described as an exciting experience.

For those of us who enjoy more interactive gameplay, one could even say it was boring. Thankfully, it didn’t take long for the figurative penny to drop and modern video slot designers now make it a point to provide players with authentic gaming experiences.

Hence, slot developers will employ techniques such as visual rewards – say, a coin shower accompanied by jazzy music – when a player has won a jackpot; levelling up, where slots incorporate different levels and items to collect; mascots and avatars; as well as mini games – the most revolutionary of the bunch – which provide an altogether different gaming experience within the slot itself, such as ‘spin the wheel’ or ‘pick me bonus’ features. Below are a couple of examples.

The best Gamified Slots at the Moment

Think it’s impossible to incorporate levels in online slots? Think again. Aliens, a relatively new slot by NetEnt, features three different levels – ‘The Search’, ‘The Encounter’ and ‘The Hive’ – each offering up a different goal, background, music and features. Completing the goal of each level will enable you to advance to the next level, all the while increasing your chance of getting better winnings.

Other thrilling slots include Mega Moolah, Stardust, Electric Dive and Gold Factory from Microgaming, as well as Starburst, Arabian Nights, Gold Rush and Jack and the Beanstalk from NetEnt.

What the Future Holds

You don’t have to be a genius to work it out – it’s obvious that gamified casinos and slots are way, way better than their decidedly monotonous, un-gamified counterparts, which had better pull their socks up quick if they don’t want to make an undignified exit!

In short, this is one area where bigger is always better, and gamification is definitely big.