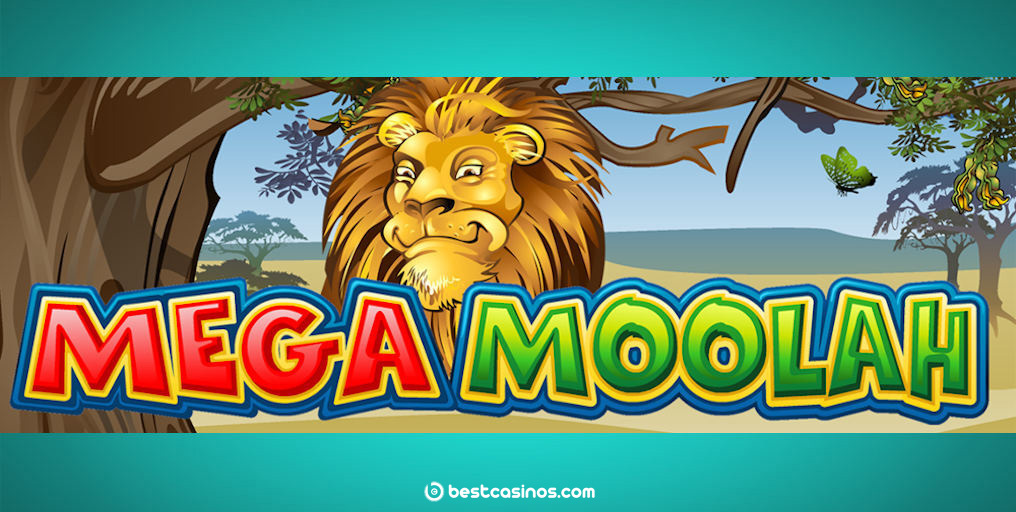 The Power of Moolah: How Microgaming Makes Billion-Dollar Games

If you ever wondered about the secret of its charm, you are not the only one! We here at BestCasinos asked ourselves the exact question long ago. Recently, Microgaming welcomed another Moolah title, which spurred us into action. We are about to step into the kingdom of Mega Moolah and its magical jackpots. Get ready, because we are going to explore Microgaming progressive slots and the most lucrative and successful series of progressive games ever. 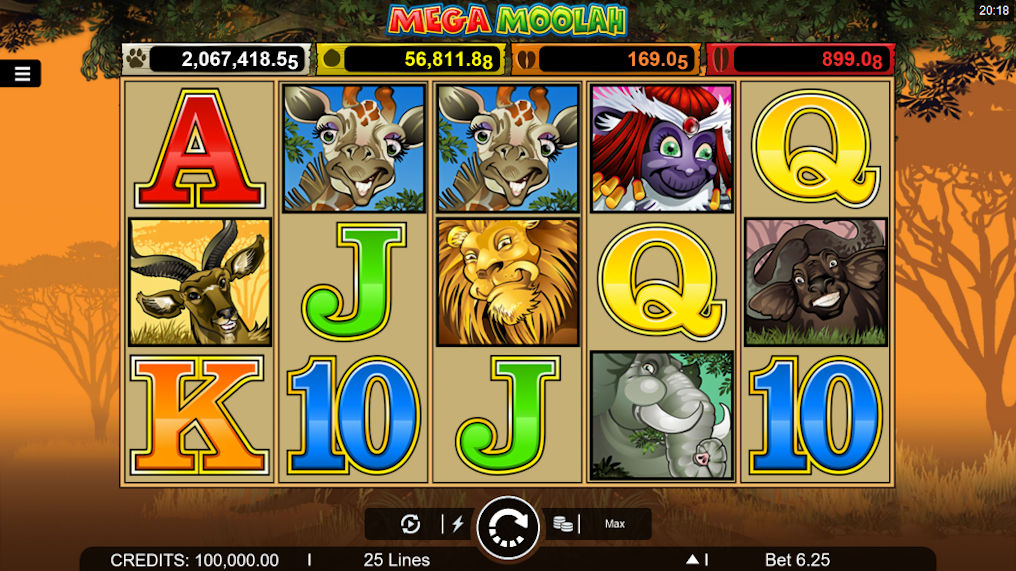 The story of Microgaming and its billion-dollar slot franchise began in 2006. The world got to meet Mega Moolah in November that year. At first, it seemed like an ordinary video slot – a nice jungle theme, some wild cats roaring on the reels, and 25 paylines which yield wins. However, it didn’t take long before they realized the enormous potential of the slot. Soon enough, Mega Moolah became the number one option for thousands of online players worldwide.

The progressive subgenre was, until then, relatively marginalised. There were some great examples with progressive tendencies, but they lacked attention from the players. As a visionary, Microgaming somehow understood that there was more than enough room on the market for such a slot. Thus, the company created the game that would be at the forefront of the entire genre in the years to come. In fact, the company gave birth to the biggest progressive jackpot that obliterated numerous records, but we’ll speak of that shortly.

Since then, there have been several additional games that bore the name of Mega Moolah. Many casino enthusiasts even perceive them as the unofficial Mega Moolah franchise. Microgaming has never really addressed this franchise question, but it’s hard not to think of them as a series when they, well, belong to the same network.

Anyway, the 2006 release was so popular that players in online casinos went crazy. To this day it has remained a priority for operators when it comes to lobby additions. So, what’s the secret? Let’s discuss the main thing that Mega Moolah has: the progressive jackpot.

The main trait of Mega Moolah is not its jungle theme, nor its elegant gameplay with 25 paylines. No, Mega Moolah’s biggest advantage is the biggest progressive jackpot that steadily grows with every wager.

The concept is not new – more about that later – but Microgaming made waves when it introduced four different jackpots inside the game. All four are progressive, and each has a jackpot seed which grows over time.

The jackpots in Mega Moolah are known as Mini, Minor, Major, and Mega. The Mega is the biggest progressive jackpot, naturally, and Microgaming guarantees a seed amount of €1 million for the winners.

Before players can claim the payout, they must spin the Wheel which determines a random Jackpot. It can be any of the four, although all players hope for the biggest one.

The concept behind this type of jackpot is not exactly revolutionary. Mega Moolah progressive slots are a product of years of market research. Progressives appeared the mid-80s in Las Vegas casinos. The foundation of each progressive title is the prize pool that grows each time a player places a wager and doesn’t win. When someone wins the jackpot, it resets. After that, players start building the prize pool from the start again.

Over time, providers and operators found a way to enhance this system. They introduced networks, which essentially entails a closed system of interconnected slot machines that share a jackpot.

But the online sector truly gave this subgenre a place to shine. Previously, land-based casinos had slot machines that were connected by way of physical cables. New technologies, better software and the internet helped in creating better networks. In the modern casino industry, all machines use steady virtual links that connect them to more variants than ever before. Hence, massive networks of progressive titles offer even better payouts that range in millions, which is why players love them so much. 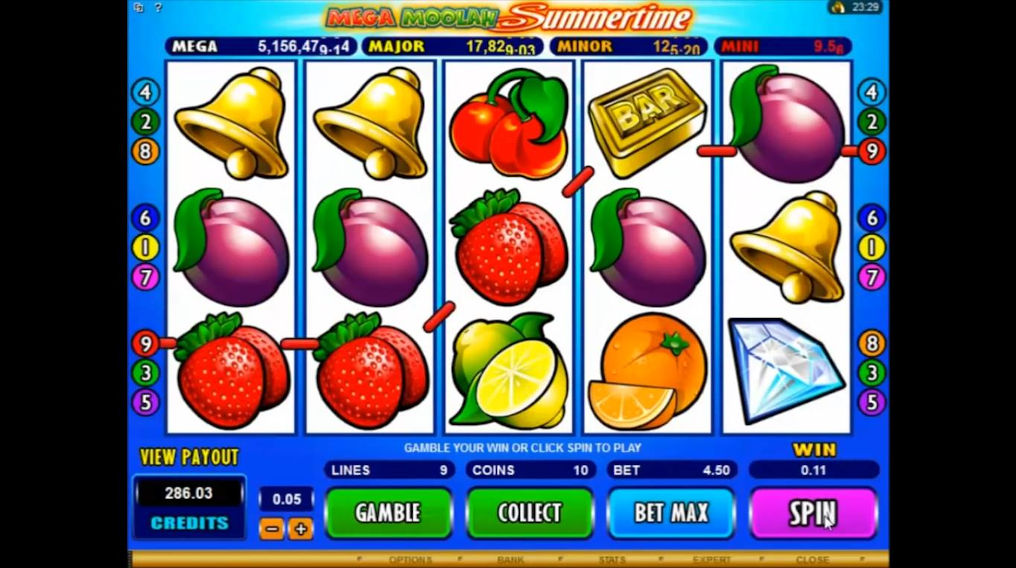 Mega Moolah Summertime is a video slot from 2006. It’s a great addition to the collection, especially because it boasts a cute and relaxing theme, great 5×3 layout, and a dashing jackpot only Mega Moolah Summertime slot can offer. Microgaming linked the beachy slot to the network in 2009. If you want to learn more about this game, you can visit Microgaming progressive slots library and browse. 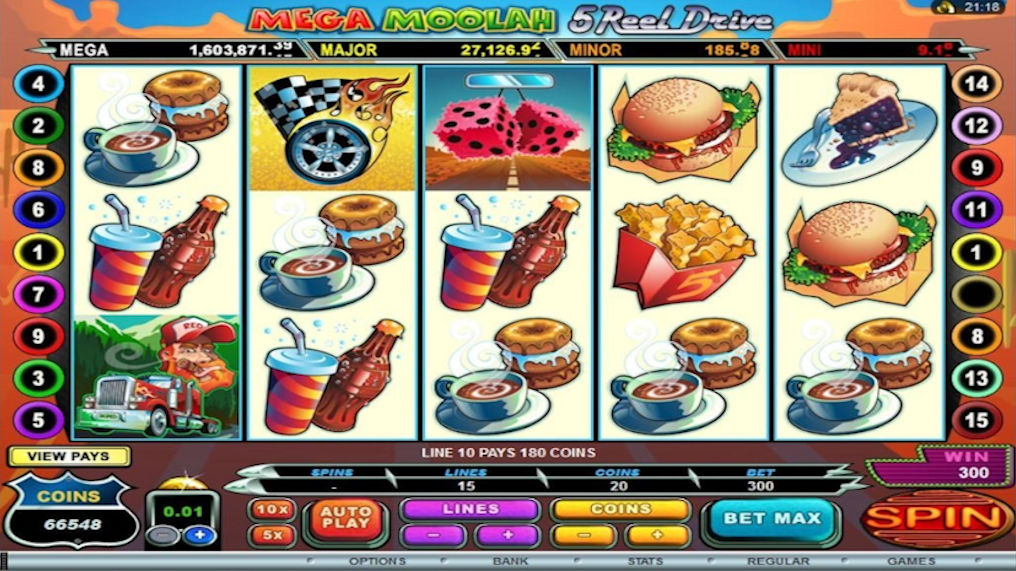 5-Reel Drive is a Microgaming video slot that came out in 2002. In 2009, Microgaming decided that it would be a great idea to turn it into a progressive slot as well. Hence, the developer linked the advanced version to the growing network along with Mega Moolah Summertime. Sadly, this game is unavailable in its progressive form right now, but the original 5-Reel Drive slot is still alive and kicking. 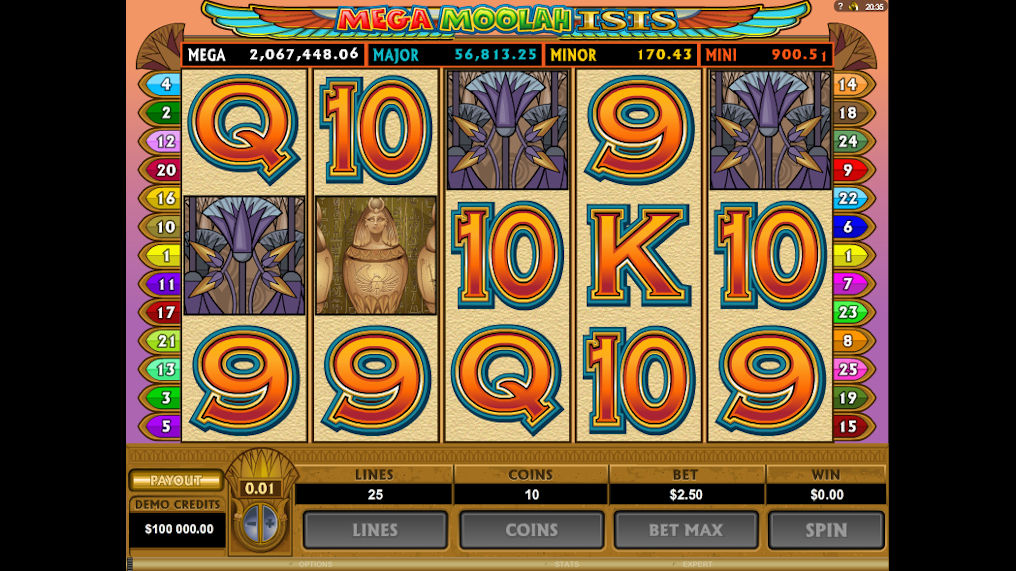 Who doesn’t love Egyptian slots? Players are so fascinated with this theme that Microgaming decided to introduce a brand-new game that drives this theme along with a Mega Moolah jackpot booster. The result is the Mega Moolah Isis, a game that is one of top 10 progressive slots of all time – a few positions below the original. 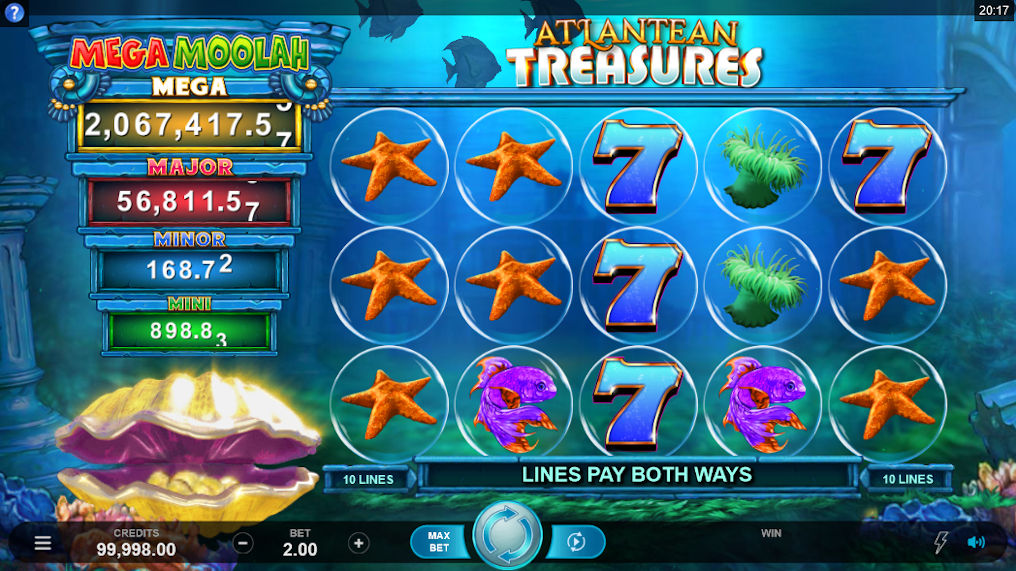 Over a decade after the original game and its Egyptian instalment, Microgaming enlisted the help of its independent studio Neon Valley Studios to deliver a new title. The new game known as Atlantean Treasures is entirely different from the first two titles in terms of theme. Namely, this one is an oceanic slot that takes place at the bottom of the ocean. Shells, pearls, and sunken treasure are just a fraction of what this slot promises. The four progressive jackpots are, of course, the cherry on top. 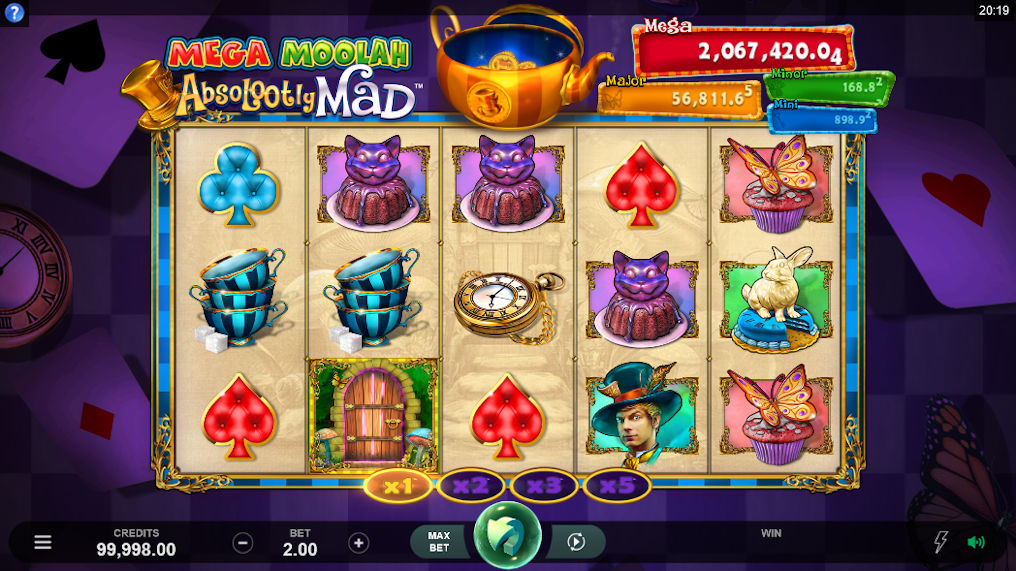 The latest game that belongs to the network is Absolootly Mad. Thematically, the game has nothing in common with the last three slots. It’s an Alice in Wonderland game that offers you a glimpse into the rabbit hole. Once inside, the players get overwhelmed with the visual aesthetics that are top-notch. It’s clear that the four jackpots are the main attractions, but additional features are not to be disregarded too.

Microgaming and Progressive Slots: A Match Made in Heaven

Every single progressive slot that came from Microgaming progressive slots kitchen was a success. If that is not a clear sign of Microgaming’s expertise, we don’t know what is. So far, Mega Moolah jackpot network paid out a whopping amount of over €1.1 billion in lump sums. Hundreds of punters around the world got lucky with these games, and more than 70 players became millionaires just by playing the original slot.

Furthermore, every few months, Microgaming announces new winners with show-stopping wins from all corners of Earth. Recently, they caused a stir again as both the original and Atlantean Treasures dished out millions in May and April.

Therefore, it’s safe to say that Microgaming knows its business around this type of games. All releases that boast such jackpots are famous for frequent cash drops that delight players around the world.

Other Titles from Microgaming that We Appreciate

When it comes to jackpots, Microgaming is always a great choice. Next to Mega Moolah slots, there is also a great WowPot slot that has a humongous €2 million seed.

WowPot is an original Microgaming slot with a growing cash pool. However, recently, Microgaming decided to refurbish the game as well. The company teamed up with one of its independent studies and gave the slot a makeover. The revamped version is a brand-new jackpot that boasts a €2 million seed. Imagine that! Wheel of Wishes slot is the product of Alchemy Gaming’s hard work that players simply adore. However, here is a fun fact – the top prize is still intact! No one has managed to claim the main cash prize, but there is still time. With such a delectable offer, we don’t doubt many players will test their luck often. And when someone finally hits it, he will be one happy player for sure.

There is no doubt that all games that come from the provider are more than successful, but our question is: are we looking at a potential franchise? Or maybe it’s already here?