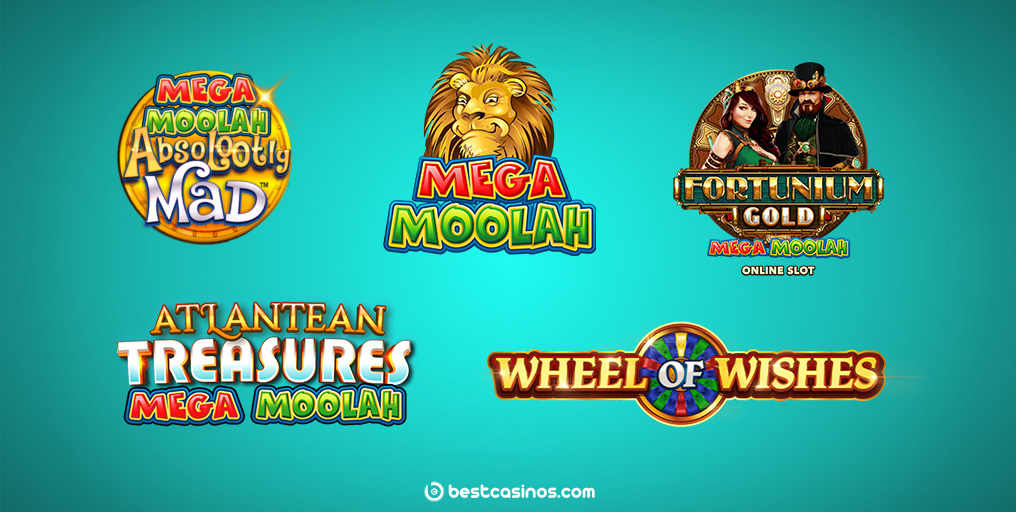 Soaked with Money: A Study of Microgaming’s Progressive Jackpot Slots

Although it seems that 2020 hasn’t been exactly a stellar year – the pandemic, everybody – there have been reports of awesome things. Microgaming is one of those examples. The innovative game developer recently celebrated the creation of yet another millionaire in 2020 – the seventh player to bag a seven-figure prize in one of Microgaming jackpot slots.

Inspired by this story, we decided to take a closer look at Microgaming’s incredible network of progressive slots. Join us for a spin around some of the wealthiest slot games in the industry as we explore the money-soaked progressive world of Microgaming jackpot slots.

2020 As the Year of Money-Soaked Wins

By now, we have gotten used to stories of success of Microgaming slot games.

But we never tire of hearing about wins in Microgaming jackpot slots.

Each year, Microgaming announces a plethora of winners who scooped massive prizes in its games. But it seems that this year has been immensely successful – Microgaming made seven millionaires out of seven ordinary progressive jackpots players.

All that was done in just seven months!

The last player to take home a colossal win was a UK-based player of the Spin casino. He hit the €1.6 million jackpot with a tiny €3 bet. Can you imagine it? He must be one lucky (and happy) player!

He joined the ranks of six other millionaires who got rich playing Microgaming’s progressive slots. Together, they have won more than €30 million – and it’s the report for the first seven months of this year only.

Moreover, over 2,571,389 jackpots have dropped prizes to the players. In total, 2020 has yielded more than €115 million to lucky Microgaming players.

If you are into doing the math, you will quickly realize that it’s a millionaire per month – and eight jackpot wins per minute! And all that in just seven months.

September has barely begun, and 2021 is still months away. Who knows what can happen before the year’s end?

We cannot know for sure, but we do hope that there will be more wins in these nifty little games. After all, the statistics don’t lie – the chances of another seven or eight-figure wins are high!

The games in the network have become famous as the most rewarding jackpot slots in the industry. Each year, Microgaming adds another title to the network, always keeping it fresh for the players.

Right now, the network consists of 13 progressive jackpot games in total. They are all tied to the same source – they form a network of connected games that share a prize pool.

This game network boasts incredible titles that deal with various themes and topics. From the African savannah to the depths of the ocean – Microgaming has it all.

Here is a full list of games that belong to the exclusive network right now:

As you can see, there are several Mega Moolah titles as well as a WowPot progressive jackpot. The latest additions to the collection are Book of Atem WowPot and the release Absolootly Mad Mega Moolah. And it will grow even more!

The game developer announced that it plans to expand the network with four other titles this year.

For these games, Microgaming enlisted the help of its independent studios. Triple Edge Studios stands behind Sisters of Oz™, while Stormcraft Studios will create the Fortunium Gold progressive jackpot.

Finally, Just For The Win is the co-creator of Juicy Joker, and Slingshot Studios will launch African Legends.

Mega Moolah – The Start of an Era

Progressive jackpots are all the rage today, but that wasn’t always the case. Before Mega Moolah, Microgaming mainly dabbled in classic and video slots, along with table games. But in 2006, everything changed.

When Mega Moolah first hit the scene, casino players worldwide were still getting used to the idea of online gambling. Growing accustomed to virtual games was a challenge for many punters, and playing progressive games even more.

But there lies the power of Mega Moolah – this easy-on-the-eye African-themed slot changed the rules of the game.

In the years that followed, Mega Moolah gave millions to dozens of players. The official report states that more than 70 players became rich overnight playing precisely this game.

With a €1 million jackpot seed, Mega Moolah continues to be the favourite Microgaming progressive jackpot casino game worldwide. No game has managed to top its success, although several contenders have tried to steal away its crown.

The game developer has enriched its collection of Mega Moolah titles with five games so far, and two more and on the way. In our previous posts, we talked about a potential progressive jackpot slot franchise, but that remains speculation. The company never addressed the issue, leaving millions of players and us across the world fervently hoping.

How a Progressive Jackpot Works

Although Microgaming progressive jackpot casino games are considered the champions of this game category, they are indeed the only games you can play.

In fact, the genre came into existence in Las Vegas during the 1980s. Back then, land-based casinos were the hubs of all casino entertainment, which meant that competition was tough.

Big brands competed with each other in creating appealing offers that would bring players to the lobby. More importantly, they were looking for a way to make them return again and again and not lose money in the process.

It made for a great advertisement, but the casinos had to find a way to keep it always stocked. And then they realized – what if they took a small portion of each bet for the prize pool? And boom – a million-dollar idea created one of the most popular casino genres in the history of gambling.

The modern progressive jackpots operate on a virtual link between the casinos with a joint prize pool. The link connects players from various casinos that play the same game.

The main point lies in the prize pool, but what happens when someone hits the jackpot?

Well, the amount resets to the jackpot seed. For Mega Moolah, that’s €1 million, while Wow Pot jackpot games have a €2 million seed.

As players continue playing the game (or games), the seed grows until someone wins it, and so on.

Where to Play Microgaming Jackpot Slots

Now the most important question in this article: where can we play Microgaming progressive slots?

Luckily for you, the answer to that question is relatively easy. You can play them in any Microgaming casino!

As an industry leader, the company works with a plethora of online casino sites. One of our favourite websites is Guts casino, a remarkable venue that collects premium casino games. If you want to play the old-school games, or try new ones, visit the platform. Guts is also offering an exclusive opportunity to try Sisters of Oz™ before anywhere else.

Another venue that has a lot of appreciation for classics is 32Red casino. Next to the hottest releases, this casino brand keeps a full stock of legendary games. Explore its library, and you will indeed find something to suit your tastes.

The third and final venue that we recommend visiting is LeoVegas. This international brand does not require an introduction, as you surely know already. It’s a popular Microgaming casino where you can play games from the company and its independent studios.

After all this talk of millions and cash prizes, we know that you are anxious to try these games. Don’t worry; we are nearly finished with this remarkable exploration of Microgaming progressive jackpot slot games.

We have seen the potential they have shown so far, giving seven people a chance to change their lives in just seven months. And the best is yet to come!

If you want to stay up to date about new Microgaming jackpot slots releases and wins, stick with Best Casinos. We always try to keep abreast of developments in this industry – and Microgaming is the first we look at for that.