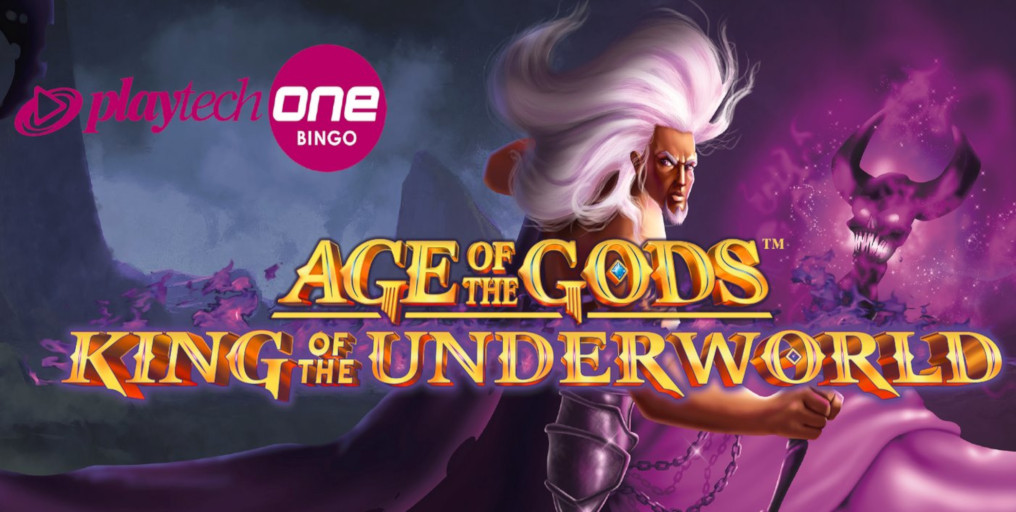 The world of bingo has been enriched with Playtech’s Age of the Gods suite and its newest slot game King of the Underworld, which was launched on 10 July 2018.

The Theme and Gameplay

The immensely popular slot series by one of the most reputable iGaming developers has become home to a fantastic new release King of the Underworld which takes players on a quest to save lost souls from the darkness.

The game features stunning graphics accompanied with impressive, powerful sound effects and a captivating theme with iconic characters from Greek mythology such as the messenger of the Underworld Hermes, Queen of the Underworld, daughter of Zeus Persephone, and the infamous ‘Hound of Hades’ that is Cerberus.

Product of Playtech Bingo Studio, King of the Underworld offers players a selection of diverse features and ways to win with spectacular wilds, scatters and even two bonus rounds. In one such round, called The Gates of Hell, you must select the right door to the Underworld in order to rescue a lost soul, but there’s a catch. If Cerberus is released the bonus round ends so be careful. The other bonus round, named symbolically The Thread of Fate, the Fate sister goddesses hold your destiny in their hands as they weave their magic.

Simultaneously, Playtech has had its hands full with other important deals. Just recently, the supplier signed a contract to provide live dealer services to its long-term client Betfred. “Betfred has been a key partner for us for over ten years, and we’re delighted that we can now extend that partnership to delivering a dedicated live casino space,” Playtech COO Shimon Akad said.

Age of the Gods is now also available for Poker and Live Casino besides the original slot series.

Powered by the top-rated marketing tools of the supplier’s IMS platform, the brand’s grand influence is spreading, enabling Playtech to engage in cross-sell between verticals, and increase long-term player engagement.