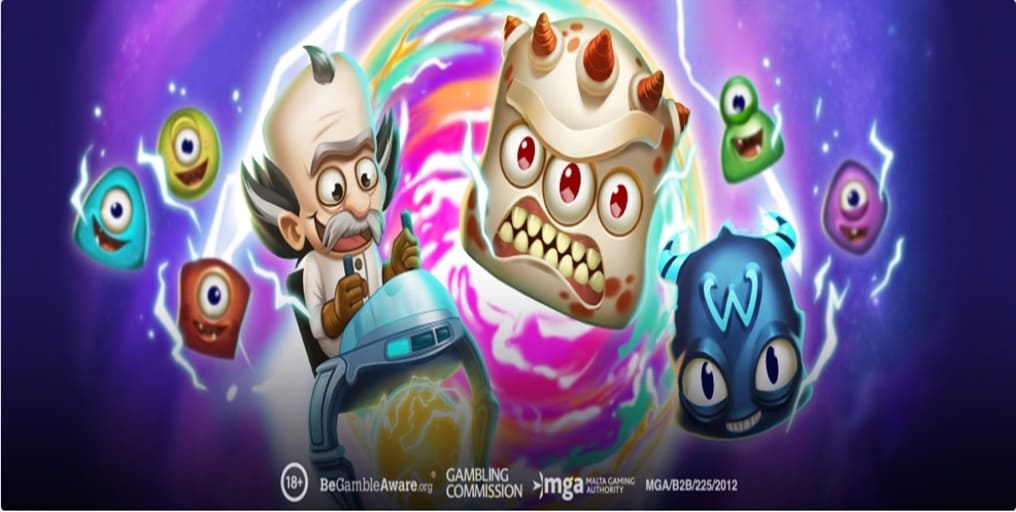 Another Sequel from Play’n GO: Gigantoonz

The Reactoonz slot by software developer Play’n GO has become extremely popular in recent years. Considering the success of Reactoonz, the developer decided to release several follow-ups. The series garnered popularity and attention worldwide, so it is no wonder the operator decided to keep up the momentum. The latest slot in the series is Gigantoonz and will be released on January 27th.

Gigantoonz mixes elements of the previous two games in the series, Reactoonz 2 and Dr Toonz with a few noticeable changes. Now, there is an enlarged game area, now played on an 8×8 sized grid. This does not mean more wins, because players will need 6 matching symbols to form winning clusters. Visually, Gigantoonz has the swirling electric background of part two, but its layout is neater, tidier, and less cluttered than ever. A cluster tracking meter is on the left, the Quantumeter on the right, and Gigatoonz ready to rumble.

Players can expect a highly volatile math model, rated 10 out of 10. The RTP is 96.25%, dropping to even lower levels, depending on the configuration. The online slot is playable from £0.20 to £100. The cute Toonz characters make up the symbols. Five one-eyed low pays are worth 5-20x for a 30+ sized cluster. The five two-eyed high pays are worth 50-1,250x for a 30+ symbol winning cluster. The winning clusters are removed from the grid to make room for new symbols. This will go on until there are no new winning clusters.

Are you ready to give this alien slot a chance? Gigantoonz will ensure you have the adventure of your life. It will provide an unforgettable journey in outer space while offering a max win of 4,000x the total stake!

The game will be released soon, and you can see what else it has to offer at your favourite Play’n GO casino.