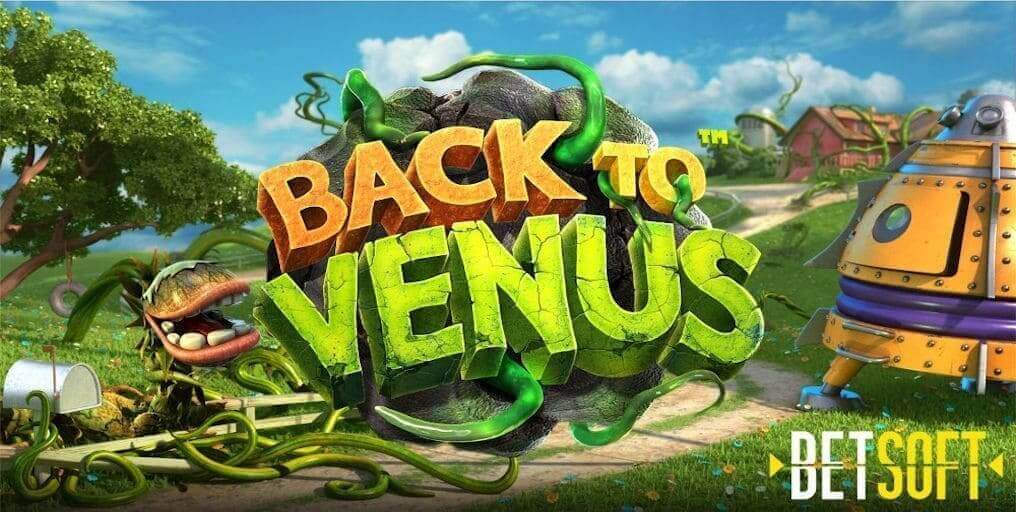 Betsoft Is Taking You Back to Venus – Again!

The sequel to Betsoft’s planetary popular video slot It Came from Venus is finally here. Back to Venus, as the new game is called, is the continuation of the journey that we started with the first game.

Betsoft is very proud of this game, and we are very excited to present this game to you finally. We mentioned it at the beginning of the month when we announced our top April slot picks. And now you can finally play it!

The game is barely out, and it is already one of the top picks for players around the world. The reason is not difficult to guess – it’s a Betsoft title, and it’s about Venus.

The sequel is an even better version of the Venus trip than the first one. It has five reels, 20 paylines, and exceptional visuals and soundtrack. What more could we ask for?

When you get into the game, you’ll get to play with some of the best special features from Betsoft’s collection. Back to Venus features delightful Second Chance features where you can find your way back home. The Prickly Sticky Feature randomly selects a symbol on the reels to become sticky. The game also triggers Respins that revolve until you hit a massive win with these symbols.

Moreover, you’ll encounter Asteroid Wilds that randomly hit the reels and remain on the grid for two spins. They increase your winning chances a lot, and they are almost always there!

The Rocketship Free Spins are the main feature in the game. When you hit three identical Bonus symbols, you’ll fly out to Venus to play out the extra rounds. What’s great about this feature is that you can win heaps of Multipliers as well.

The game came out today, and it is already in all Betsoft casinos. We hope you will like it!