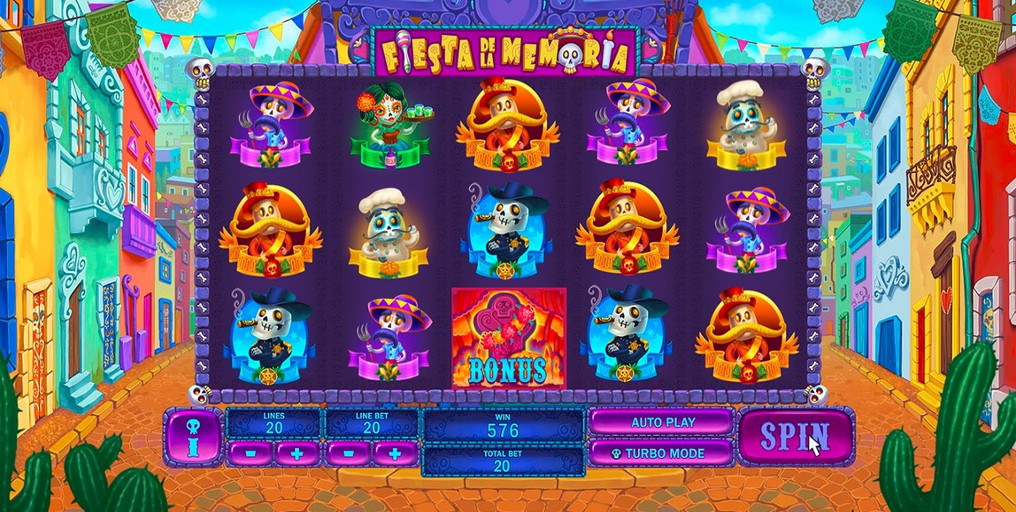 Dia de Muertos – translated to the Day of the Dead in English – is a Mexican holiday celebrated throughout the country but in other parts of the world with strong Mexican heritage, such as the United States.

It’s a multi-day event which puts focus on family gatherings in prayer for those members of the family who have died, all in an effort to help their spiritual journey.

As a quite intriguing holiday with aspects and elements to this day unknown to the western civilisation, Day of the Dead has become an inspiration to many different aspects of the popular culture. The entertainment sector latched on this phenomenon as well with gaming industry also drawing inspiration from the Dia de Muertos.

Even though it’s celebrated on 2 November each year, the Day of the Dead came a bit later than usual when it comes to Playtech and their December release called Fiesta de la Memoria.

Presented through an explosion of colour and visually stunning symbols, Playtech’s latest slot title is an action-packed game with bonus features that include multipliers, free spins and a wheel of fortune.

The reels are filled with different skeleton figures all of which represent the dead in their unique character and nature. The game pays from left to right for matching combinations of at least three symbols.

Three Skulls is an important symbol in the game, same as the Altar Bonus symbol and a Green Skull Scatter. The latter is responsible for the Mariachi Wheel Feature which gets activated once you have at least three of those landed on the reels.

The name of the feature is self-explanatory as it is basically a wheel filled with multipliers of different values – starting from 2x up to 25x your bet.

Quite a different feature – Festival Free Games – is activated once you land three symbols of those three skulls we mentioned earlier. You can claim up to 12 free games with three special symbols during this wonderful feature which is bound to boost your winning potential.

And ultimately, there is the Altar Bonus round during which you are required to pick the altar for every citizen in order to claim big cash prizes. Seven altars in total will be presented to you with different values of instant cash prizes.

And just to top it up, you can also win an extra cash prize for finding all the citizens’ altars, which is a neat detail that adds to the overall excitement of this wonderful game available at Playtech online casinos.