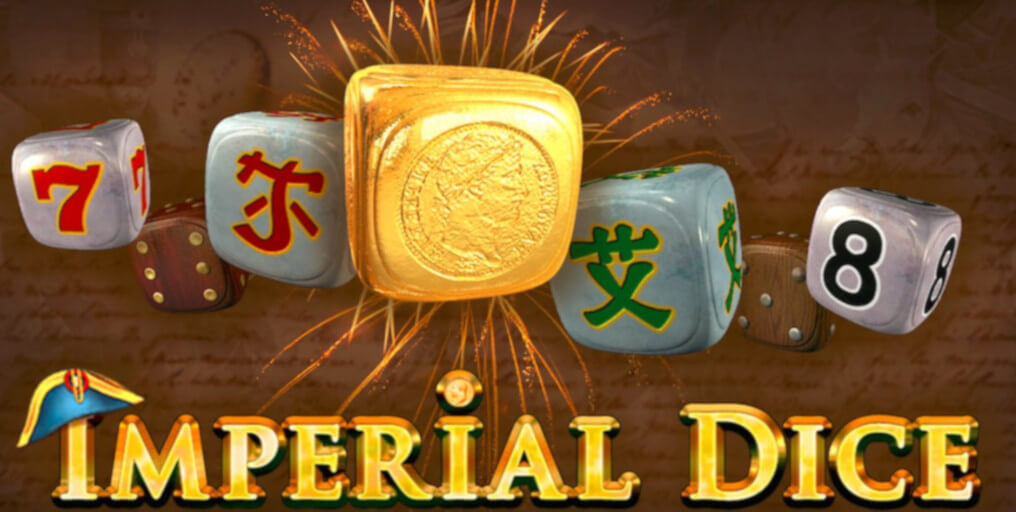 Euro Games Technology (EGT) has really put an effort into strengthening their position in the Asian market by creating two different Chinese-themed games.

First in a row is another member of their dice games – Imperial Dice.

Give these Imperial Dice and shake and see what big wins the reels will spit out. Just like the original Imperial Wars, this 5-reel, 20-payline game has a conquering task.

All symbols are represented with dices with numbers and Chinese letters on them. All you need is two Scatter dice to trigger the Free Spins feature with Locked Wilds for a huge chance for a lovely payday. And watch out for one of even four progressive jackpots.

After the huge success of the Collection Series, EGT has also announced the debut of its jackpot system Cai Shen Kingdom.

The Collection Series already has six different game suites out and they have proven to be highly popular and lucrative. The first installation in Germany was in Casino Hamburg and the P-27/32H cabinet was placed at the centre of the gaming floor. The P-24/32H Up cabinet features high-quality touchscreen displays, attractive design and crystal clear sound. The cabinet is powered by high performing gaming platforms from EGT, bringing top-level enjoyment to the players.

Considering great feedback from players, EGT decided to go forward with the Chinese-themed game concept of the 5-level link together with its partner E-Systems and to distribute it to Germany first.

“The installation in Casino Hamburg is only the beginning of a series of product’s deliveries throughout Germany in the near future that all will be looked after by E-Systems GmbH, the long-term and exclusive distributor of EGT’s products in Germany and other European jurisdictions. The fruitful relationship between both companies began in 2009 and was founded on expertise and high quality standards. Successfully led by owner & CEO Emilia Tomachinska it has been developing ever since” EGT stated.

The Cai Shen Kingdom combines stand-alone and linked jackpots for some staggering wins. Some of them are progressive and some them are non-progressive but players have the chance to win multiple jackpots during the Cai Shen bonus feature.