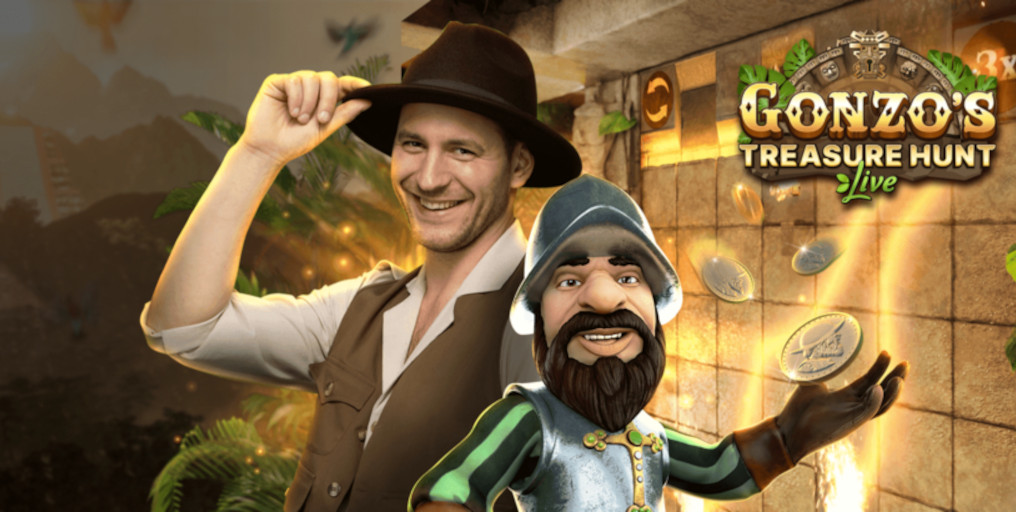 Gonzo’s Treasure Hunt™ is out! Evolution casinos have already welcomed this remarkable release, and players can try it out at their favourite gambling places.

The game mixes elements of live casino game shows, VR, and even online slots. So, if you are interested to hear more about this ground-breaking release, keep reading.

Gonzo’s Treasure Hunt is industry-first in many ways. Evolution, the live casino software sector leader, announced the release of this game several months ago. But the initial announcement contained little to no spoilers about the game. However, we knew the main thing: this is going to be big.

The theme of the game is adventure and exploration, as it features a VR version of Gonzo. To those unfamiliar with Gonzo, he’s the main character from NetEnt’s Gonzo’s Quest slot. Red Tiger, NetEnt’s subsidiary, has made Gonzo’s Quest Megaways, and now that Evolution owns NetEnt, it acquired the rights to play with Gonzo as well.

The result of Evolution’s experimentation is the first live game show in the industry that has slot-like gameplay and VR technology.

Todd Haushalter, Chief Product Officer at Evolution, happily talked about the release. In his opinion, this is the first game to combine the best of Evolution and NetEnt. Also, Gonzo is one of the most famous slot characters ever. And now he is going to be famous in the live casino sector as well! Haushalter said that Gonzo’s Treasure Hunt is the first live game that gives players a degree of control over the strategy and outcome. He said:

“Unlike other games where the result is the result and there is nothing you can do about it, in Gonzo’s Treasure Hunt™ players take control as they go hunting for their prizes. This is a whole new direction for our game shows as we want to widen the definition of what a game show is.”

We are looking forward to seeing happy players playing Gonzo’s Treasure Hunt Live – and what else Evolution has in store for us.