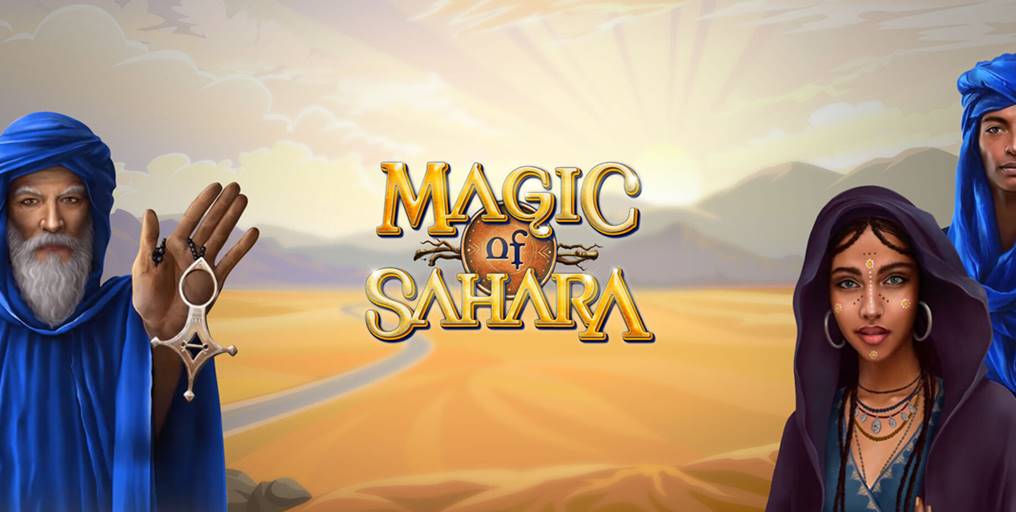 Experience the Magic of Sahara with Microgaming’s New Slot

Judging by their upcoming releases, Microgaming seems to believe that Sahara desert is filled with mysteries that need to be uncovered. After offering us a glimpse into their upcoming Jungle Jim slot taking place in the mighty desert, the Isle of Man based giant teamed up with All41 Studios and developed their second game ever – Magic of Sahara.

Unlike their last joint venture Le Kaffee Bar where we got to sit in a Paris cafe treating ourselves with a hot cup of coffee and all kinds of baked goodies, this newest release offers nothing but a packed, sweat-inducing adventure.

The vast, scorching desert located in North Africa serves as the backdrop against which there is a 3×5 configuration of reels that conceal all kinds of mysteries and special features waiting to be discovered.

The players are transported to the mystic dunes and an oasis of treasure in this 9 paylines online game, ornate with golden sands and aesthetics of Bedouin nomadic people.

Lavish artwork and befitting soundtrack are there to bring out the alluring atmosphere and entice players to embark on the extraordinary voyage, but stacked wilds, extra spins and Token Chain feature are there to make them come back again and again.

There are two ways to trigger the extra spins feature. Just look out for the merchant symbol that will get you a token added to a Token Chain above the reels. When you collect 25, free spins are automatically triggered. Or you can land at least three scatter symbols which will instantly launch the extra spins mode, giving you up to a maximum of 34 spins.

In addition, as soon as the player enters the bonus spins mode five more spins are awarded. Plus, all wins are multiplied by 2x, while Wilds can be super stacked on every reel!

Enjoy the Weekend of Hearts at Energy Casino with Cash Prizes
· February 14, 2020