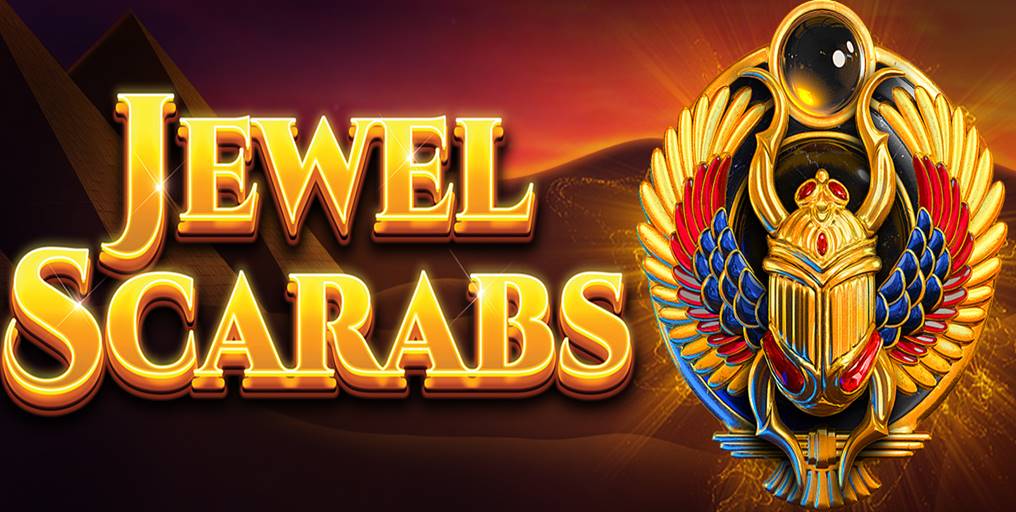 Premium casino games and software provider Red Tiger has rolled out a new slot titled Jewel Scarabs. This Egyptian-inspired slot will be taking us on a journey to the lands of pharaohs where treasure awaits.

Catch All the Scarabs Flying Around

We are not fans of the insects, but if it’s the golden ones in question, we’ll let it slide. Especially if they bring you fortune!

The scarabs, which have been the game’s main source of inspiration, are a symbol often used in Egyptian history. For example, to Anubis, who also appears in the game, they served as a guide to the universe and his home – the underworld. There will be more beautifully designed thematic symbols and details all around the board, which also contributes to the general atmosphere here.

You will want keep an eye on the scarabs, which function as both a wild and scatter symbols. If you land three of those on the board, they will activate bonus Golden Spins, where the Scarabs’ multipliers increase by one for each win they form.

Originally, the video slot was released exclusively with casino operator GVG at the end of 2019, but has now been made available across whole Red Tiger Gaming operator network.

“We are delighted to launch Jewel Scarabs on general release after its impressive debut.”

“The slot’s inviting theme, engaging symbols and huge win potential all combine to make for an instant classic and we have no doubt that its widespread popularity will continue into the future,” he said.