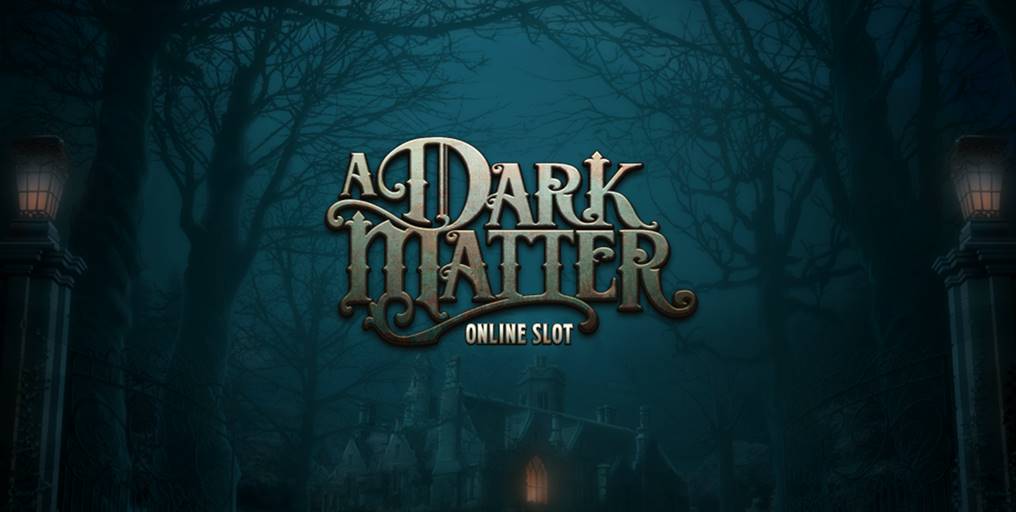 We’ve all watched enough horrors and thrillers set in haunted houses that we know that it’s not smart to go there. However, there is one haunted manor that you will likely be interested in visiting: Microgaming’s A Dark Matter slot! The game is developed by one of Microgaming’s famous independent studios. Slingshot Studios managed to fit here five reels, bidirectional paylines, massive payout, and a swarm of chilling features. We hope you are not faint of heart!

The story of the game is set in a quaint English town by the name of Stonehurst. The small town is shrouded in mystery as rumours of strange occurrences plague the citizens. Thankfully, an inspector from Scotland Yard Nathan Highmore has arrived to explore the paranormal activities. With him, you will be exploring the spooky manor that seems to be the epicentre of the strange happenings. Be brave! You will have 5 active paylines that pay both ways at your disposal, as well as a series of features that are there to help you.

The storyline and soundtrack convey a bone-chilling atmosphere as soon as you enter the gates of the Wraith Manor. The reels appear in front of the door – you must collect Scatters to enter – where characters act as symbols.

The symbol set is surprisingly rewarding. The lower set (10-A) awards up to 14x your stake. Higher denominations belong to characters from the story. There is Silas Brewer, Molly Perkins, Bertram Lynch, Eleanor Wraith, and Nathan Highmore. Nathan is the most rewarding – the pays 600x your stake if you amass 5 identical tiles. The game is rounded off with high volatility and a nice 96.18% RTP.

Special features include Free Spins which are unlocked by three Scatters. Be careful, because you can encounter some mean-looking Stacked Wilds on the reels during base and bonus game. Invading Wilds, as a trademark feature of Microgaming, are also included in the mix.

All this and more await you if you dare to cross the threshold of this mystery! The game was released on the 22nd of October and is waiting for you in all Microgaming casinos.