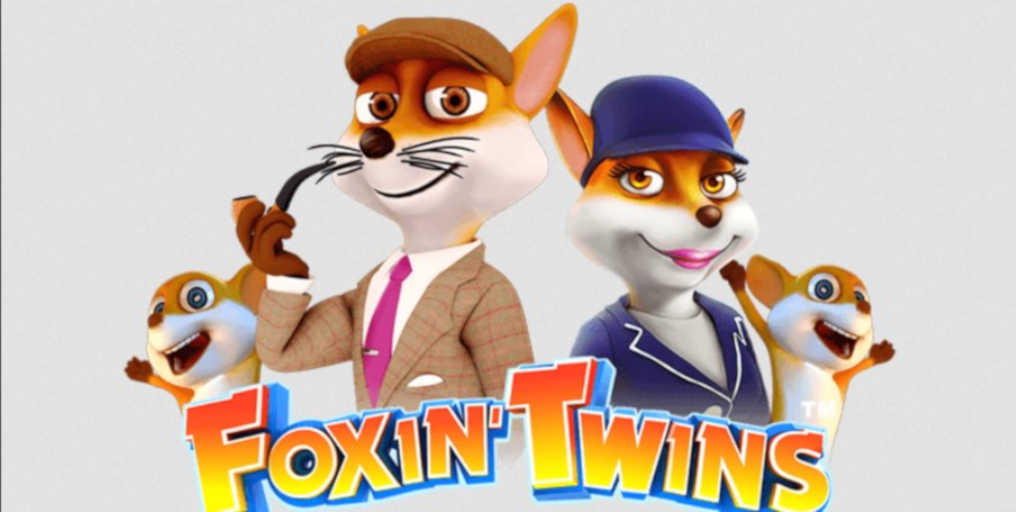 Under the wing of Scientific Games, NextGen Gaming Studios have launched the new sequel to the classic slots suite Foxin’. Now the duo Foxin’ Wins and Foxin’ Wins Again have another sibling coming, as the female counterpart to the Fox has come. From now on, you can replenish Foxin’ Twins via the SG Open Gaming System content aggregation platform.

The appreciators of modern classics will die for this new online slot. It follows the previous 5×3 reel grid structure, but it shows off a super twist. Namely, there are two sets of identical 5-reel, 3-row frameworks. Therefore, a total of 50 paylines are featured.

Both of the playing boards are located in the sky above the opulent mansion belonging to the rich foxes. High mountains, pools filled with sky blue water and golden columns surround the scene. High-value symbols such as planes, the twins, and the gates to the castle and gold bars are all at hand.

You will easily spot the Superbet feature, situated just below the grids. It allows for an extra wager throughout the gameplay. Further enhancements are implemented onto the reels to boost your player experience.

Another fantastic gift is the Team Pup extra game. You get the chance to scoop collections of free games from 10 to 100 anytime a golden Scatter shows up on the reels. Landing 3, 4 or 5 Scatters will get you 10, 15 or 20 gratis turns, respectively. Finally, a bunch of 10 Scatters splashed over the board will get you up to 100 Free Spins!