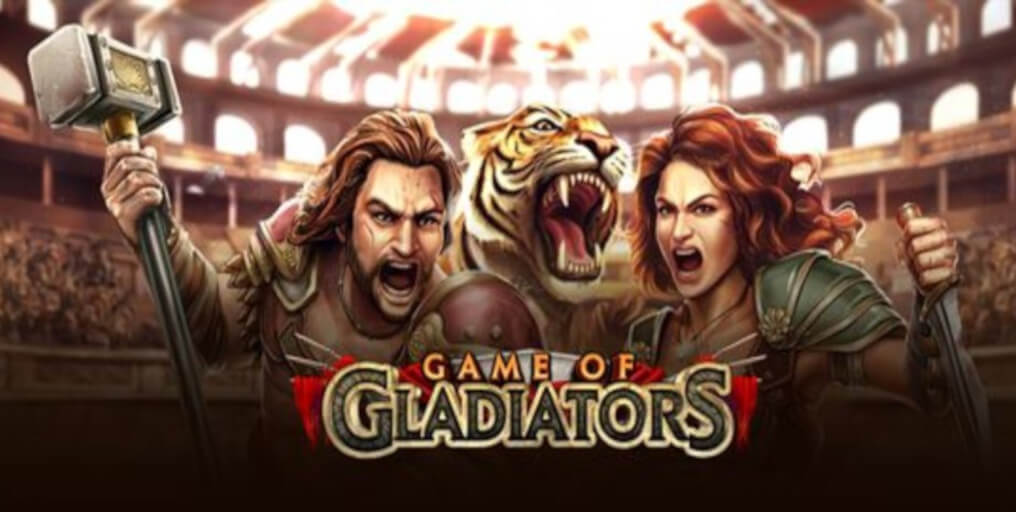 Get Roaring with New Play’n GO Slot Game of Gladiators

Swedish iGaming giant Play’n GO has loosened up the beast and delivered it into the online gaming arena!

The brand new video slot is called Game of Gladiators and it is just what we all need this sizzling summer!

Let out the Beast!

The award-winning company’s freshest number is displayed across 5 reels and 3 rows equipped with 20 paylines. It is a highly volatile game with an RTP of 96.42%, which vouchsafes for considerable wins that everyone’s pocket will gladly welcome. The bet range stems from €0.2 and amounts to €100, which as a result has a total of 500,000 winning potential in coins. As it was developed on the advanced HTML5 cross-platform, Game of Gladiators is playable on mobile, tablet and desktop, anytime and anywhere. The best thing is – it is out now!

The match is set in ancient Rome and the era of gladiators, an often seen theme in iGaming circles. Play’n GO adds in a twist in the shape of not one, but six exclusive extra features.

The action-packed masterpiece lets you live through a day in the life of a real life gladiator. The epic battle they led is filled with the following extras:

Fathom 3 scatters and enter the grand arena, join the world-leading warriors and become one yourself! The dynamic visuals will let you immerse yourself in the engrossing gameplay more easily. The shocking and authentic sound effects will get you through the combat.

Johan Törnqvist, CEO at Play’n GO, commented, “We’ve released many games for 2019, and there’s plenty more to come from us, but that doesn’t mean a sacrifice on quality. Each game is unique and carefully crafted to give players the most entertainment possible.”