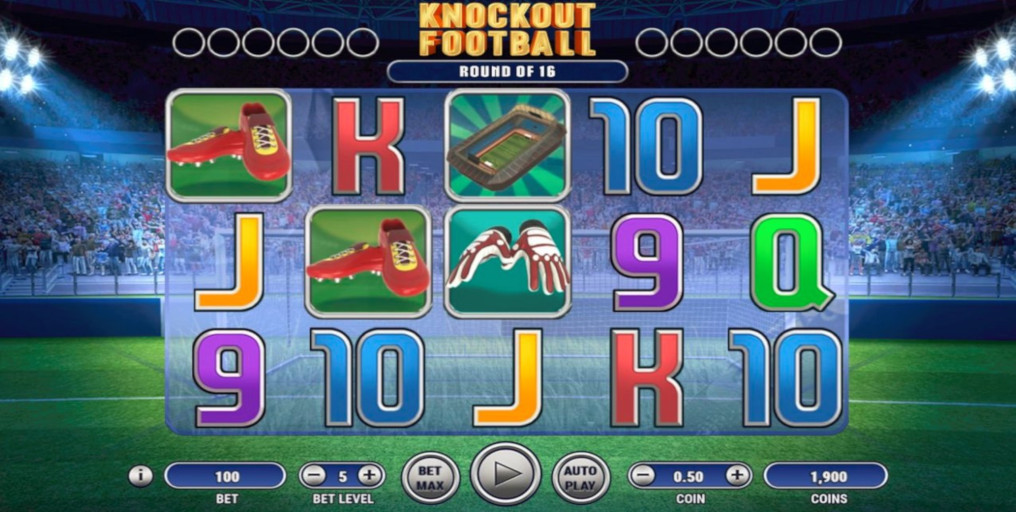 With the FIFA World Cup heating up in Moscow, Habanero Gaming decided to dedicate their latest release to one of the most popular sports in the world. With their Knockout Football slot, football fans will have the perfect entertainment between the matches.

Fans will be cheering just for you, so kick the ball and win the trophy for some hefty payouts.

Daniel Long, Head of Sales at Habanero, described the company’s latest five-reel slot launch as a logical pick at the time of the biggest football party ever and revealed how cross-selling football-based slots can help casino operators to boost acquisition and market share.

“If the subject is on the minds of sportsbook customers and casino players, as we expect it to be over the course of the next month, then a football-themed slot becomes a natural pick during down-time in the games or between fixtures. It’s about giving players choice whilst also steering them towards something – sports betting – similar to what they’ve been enjoying. I suppose it’s like the Amazon model in that respect. You liked this bet, so why not try this slot.’”

Considering the global reach the World Cup has, Habanero expects the slot to be a worldwide hit.

They expect inevitable peaks and troughs just like in and around the live action, but over the course of the day, the things would level up. They also expect the slot to outlive and outgrow the tournament in Russia once it’s finished and to provide long-term experience for football fans and casino players.

The 5-reel video slot is full of balls, whistles, boots and loads of exciting features.

Free games, wilds that appear only on the middle three reels and guaranteed pays will add a trophy to your collection. Soccer balls are the wild of course and landing a winning combination, doubles your wins and triggers Super Striker feature.

Six trophy Scatters trigger the Knockout bonus feature where all the fun is. Players start from the knockout stage and can advance to quarter-finals, semi-finals, finals and the 3rd place playoffs. The feature continues until the player or the opponent have the higher score. If the result is tied by the 90th minute, the Golden Goal stage will start and it will end once one of the contestants score a goal. If you lose the game, you start from the beginning. Win the trophy and you will pocket 500 times the triggering bet.

All of this and a lot more is expecting you in this awesome slot just make sure you don’t get carried away by the ovations of the audience. Enjoy Knockout Football slot since it has everything you need for your personal championship victory.