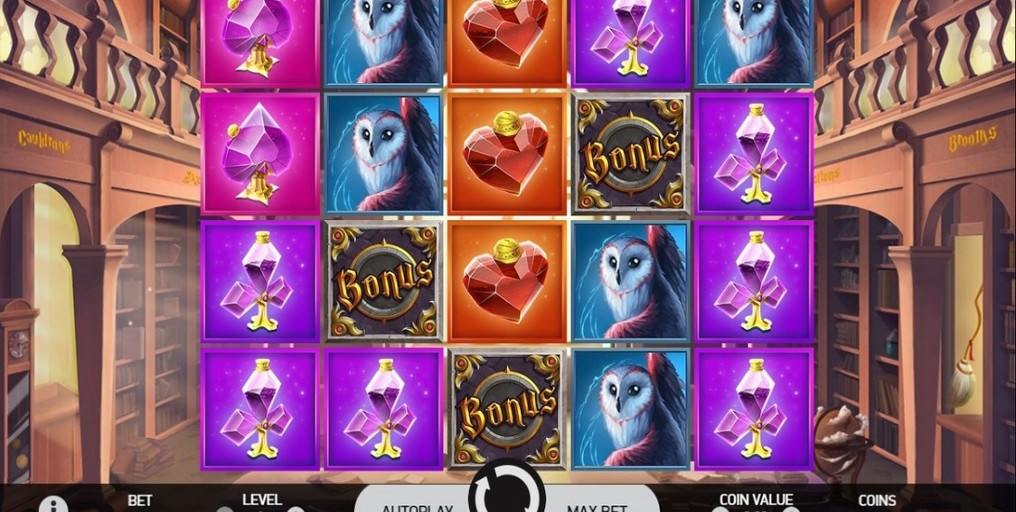 With Christmas and New Year celebrations in full swing, it went somewhat under the radar that one of the world’s leading software developer NetEnt graced the market with another top-notch title called Witchcraft Academy.

Officially out since 19th December, this game has yet to hit the headlines and make it under the spotlight, so here is one of the rare deep looks into the ins and outs of this impressive witchy game.

NetEnt’s Witchcraft Academy is a distinctly Harry Potter-ish title with owls, lucky charms, amulets, dragons, scrolls and books dominating the reels. And with a grid set across a Hogwarts-like lobby, the entire Harry Potter feeling get even more distinguishing.

Efora the Witch and Earthan the Wizard are the game’s main characters who are inviting you to join the Academy for potentially lucrative payouts.

Efora and Earthan play a huge role in this game’s Elements Bonus feature with is initiated once you land three or more Bonus Symbols anywhere on the reels.

Once active, the bonus feature will prompt you to choose either Efora or Earthan to cast an Element Shot at a random column.

The number of shots you have at your disposal is determined by a number of triggering Bonus Symbols.

Five Bonus Scatters will give you as many Element Shots which clear the closest symbols in a column to reward you with coin prize which goes from 10 to 200x your total stake.

There is, of course, another way to unlock the Free Spins feature – by getting at least three Scatters on the reels. During this feature, the initial batch of 5 free spins is boosted by Bonus Spin symbols that give you 5, 10, 15 or 20 free spins.

Not only does Witchcraft Academy looks good, it is actually an action-packed game with intense gameplay. Multipliers and free spins can result in some remarkable wins and we have no doubt you will enjoy playing this brand-new slot game across the NetEnt-supporting online casinos.