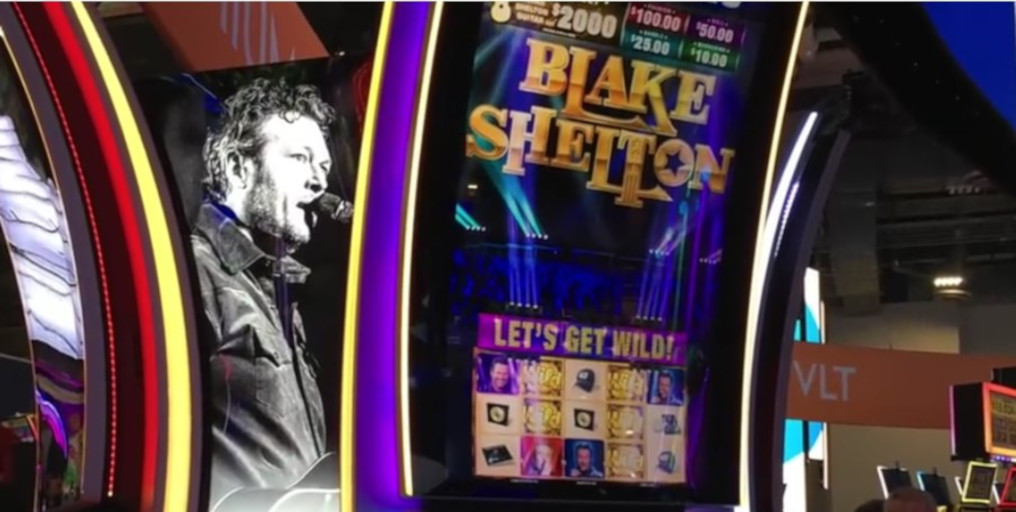 Four machines will be placed in the art deco-inspired Mezzanine Level Casino and the property will hold a contest in order to promote their instalment. Contestants can enter the contest online from 20 to 14 September and 10 luckiest guests will win $500 each to play on the machines.

Blake Shelton Video Slots has a jukebox with many of Shelton’s number one radio singles.

Plenty of bonuses include “Light up the Night” free game bonus, “I’ll Be Your Honey Bee” bonus and “BS’ers” bonus.

The last one is probably the most interesting one because of the chance to win a jackpot and an official Blake Shelton autographed guitar. It is a low-denomination, 40 pay-line game with a 375-credit maximum bet.

He has charted 33 singles throughout his career of which 24 were number ones, and 17 were consecutive. The eleventh No.1 “Doin’ What She Likes” broke the record for the most consecutive No.1 singles in the Country Airplay chart’s 24-year history. He is also famous for his roles as a judge in the TV competitions Nashville Star, Clash of the Choirs and The Voice. In 6 out of 14 seasons of The Voice, a member of his team won. He has been Male Vocalist of the Year for five times and nominated for Grammy seven times.

IGT has done a great job creating new video slots featuring Country Music Association superstar. The audience will definitely enjoy spinning the reels and enjoying his fantastic music along the way and who knows, maybe that guitar is waiting just for you.

All usage of Blake Shelton’s name, image and likeness is under permission from Ten Point Ventures, Inc. All rights reserved.