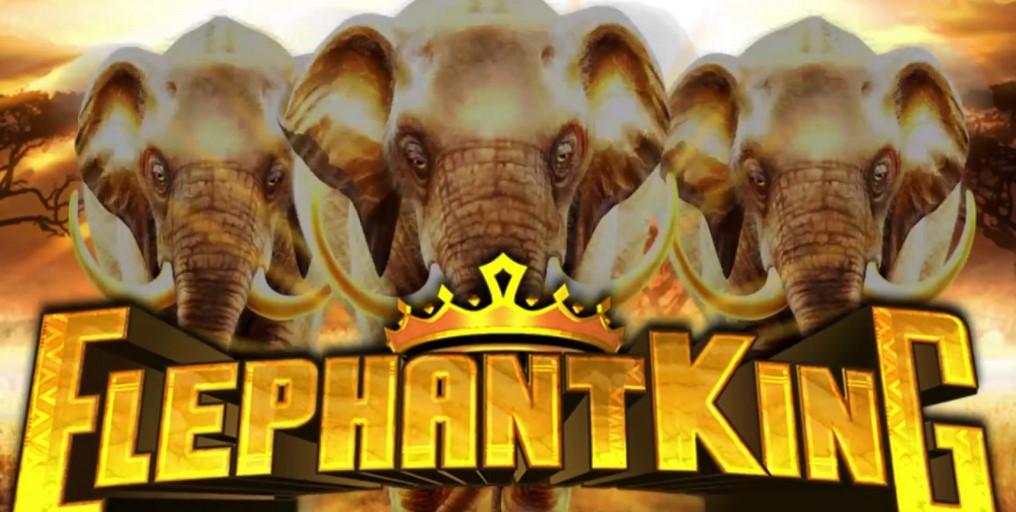 Slot specialist IGT is spicing up the game with the jungle themed Elephant King.

The exotic game has been a massive success on casino floors and IGT is swinging into action, bringing yet another of their classic casino slots to the mobile and desktop online gaming market.

Elephant King is a five-reel video slot set on the Savannah Plains, with bountiful authentic African symbols ornamenting the gameplay.

The board is crowned by two strong tusks and the reels are edged with gold. In the background one can see mud cracks from the excruciating African heat, a couple of dried out trees and the beautiful African sunset.

To bring the original experience even closer to the player, the elephant roars with each spin, and loud stomping and jungle drums are heard. The soundtrack is definitely a notable feature, as it makes the whole experience more lifelike.

How It All Works

There is a bunch of really creatively done playing card suits as symbols on the reels. In their natural habitat, you can find antelopes, rhinos and zebras, and topping all of those, of course – elephants as high-value tiles. The wild symbol is represented by the native shield and spear, and they substitute for all but the bonus symbol.

The almighty Elephant King appears but twice in the game, once as the highest paying base symbol, and its other form is the scatter feature. As prizes scroll continuously along the top of the reels, players need to hit the lucky Elephant King symbols as they spin, so as not to miss collecting the prize.

The landing of the bonus is welcomed by boisterous wildlife sounds, trumpeting elephants and the beats of the jungle. The reel shakes energetically, and the bonus comes.

IGT is really setting the casino standards with this one.

Its new Prize Disk technology is an exciting bonus that certainly sets the game aside from rivals. We are talking about the 5×3 slot that features 40 paylines and a minimum bet of 75 coins.

An extra row inserted above the reels is filled with amounts of cash and free spins symbols. With each spin, the prizes shuffle one space from right to left, and if there is no win, the prizes drop off the reels.

However, these prizes can be won by finding the bonus scatter symbols, which award the analogous reel prize immediately.

What’s great is that even more can be collected during the free spins round by landing more Prize Disks. Another reason why Prize Disks are so amazing is that they can also award cash amounts, depending on the figure above the winning reel.