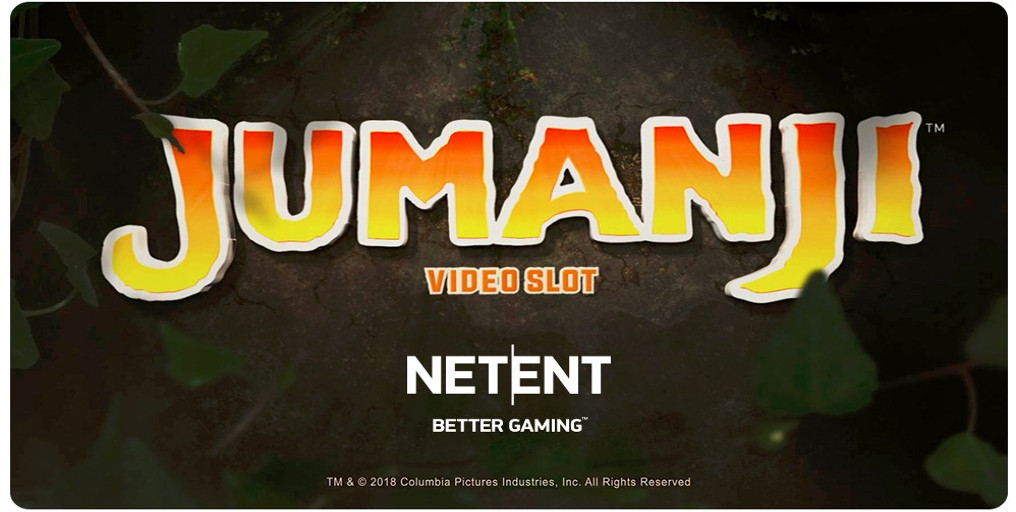 In January, the Swedish top tier developer NetEnt, signed a deal with Sony Picture Consumer Product to develop a video slot based on the original 1995 “Jumanji” movie.

The fantasy movie, based on the children’s book from 1981, follows Alan Parish, starred by Robin Williams, released from the magical board game after 26 years of imprisonment.

Judy and Peter, the siblings who released him by playing the game, must finish it in order to reverse all the destruction and problems the game had caused. The movie earned $676 million worldwide and has recently received the sequel “Jumanji: Welcome to the Jungle”. The recent release of this blockbuster film delivered more than $768 million so far and follows four teenagers entering the world of a video game Jumanji. Dwayne Johnson puts them in similar predicaments as Robin Williams in the first movie.

The title demonstrates its cross-generational appeal and is a great addition to NetEnt’s renowned branded games portfolio including Planet of the Apes, Guns N’ Roses and Motorhead Slot.

Players are naturally drawn to branded titles due to the familiarity of the brand, their association with something entertaining and engrossing, as well as the chance to hit the jackpot on fun game that features characters and icons they recognize.

The Brand New Feature Board Game

NetEnt described it as first-of-its-kind with the Board Game round but the Mystery feature with the shower of free spins and two extra dice rolls also add to the fun. This 5-reel, 36-payline slot is playable from just 10p a spin across all devices and has superb visuals and soundtrack.

Crocodiles, rhinos, lions and pelicans are lurking at you from the jungle set.

There are four randomly triggered features in the base game.  Sticky Vines feature rewards you with free spins and winning symbols sticking to the reels, Monsoon Wild feature makes 1 or 2 reels become wild where as in the Monkey Mayhem feature all symbols shuffle randomly to create a guaranteed winning combination. The fourth feature in the base game is Stampede Feature where rhinos stampede the reels with the reels spinning and between 4 and 9 wilds are added to the reels during this feature.

The most exciting thing about this slot is the Board Game.

When you land three or more Jumanji board game scatter symbols anywhere on the reels in the base game, you enter the Board Game. The more scatters you land, the more dice rolls you receive. You then roll a dice that moves your token along the board and this can lead to one out of four free spins features, cash prizes, extra rolls or the Mystery feature.

This visually impressive and entertaining game will keep us on the verge of our chair and, together with the complex mechanics, it can easy make this slot the NetEnt title of the year.