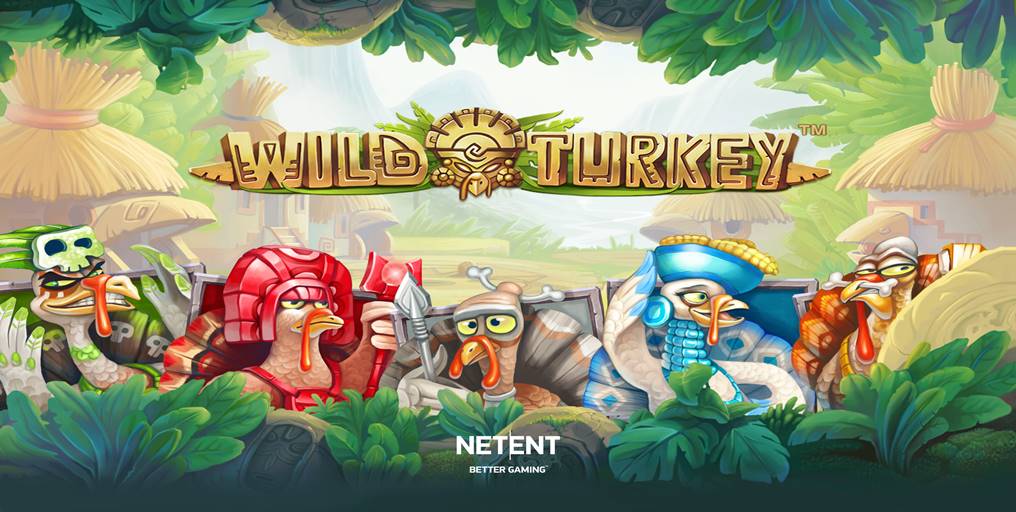 What connects massively feathered birds, one of the most prominent software developing companies, and cash prizes? The Wild Turkey slot released by Net Entertainment!

The intriguing addition to the provider’s impressive portfolio features many things, but the flock of exuberant wild turkeys in the remote mountainous area steals the spotlight. The 5-reel and 20-line slot is the perfect combination of adventure and comedy, so brace yourselves: Wild Turkeys are here!

These turkeys are obsessed with Wilds. That is precisely why you have both regular Wilds and Stacked Wilds appearing on the reels from time to time. The regular kind also acts as a Scatter, awarding Free Spins to the lucky players every time they appear on the reels in groups of 3 (at least). By collecting 3, 4, or 5 Wilds, you will get 15, 30, and 60 Free Spins, respectively. The amazing design that accompanies this fascinating game incorporates two different backgrounds for the base game and Free Spins.

During the base game, you will notice daylight behind the reels, while upon entering the Free rounds, the day is replaced by nighttime.

The Stacked Wilds appear only during the bonus rounds. They can appear as a single symbol or they can appear as a Stacked Wild of 2 or 3 symbols. They perform the duty of substituting all symbols on the reels in the bonus phase, just like any other typical example of this symbol. However, if they happen to cover an entire reel, 2 extra spins will be given to the player.

The game was originally released in 2013, but NetEnt made some adjustments and developed the game on HTML5, which means that players now can play the game using their mobile devices as well!