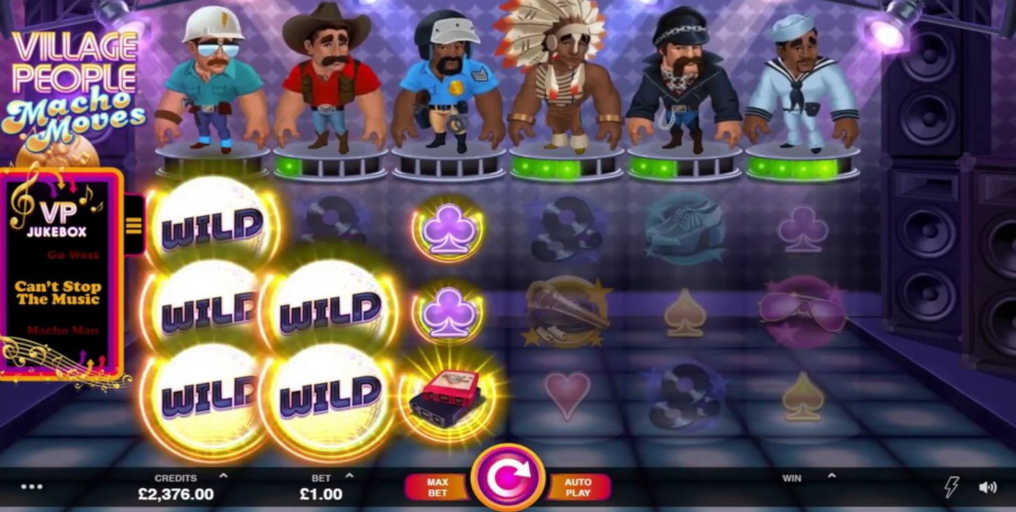 Until now we are used to seeing industry-leading Microgaming rock the online slot game.

The award-winning online casino supplier launched new independent studio Fortune Factory last October. Since then, the duo has released a bunch of innovative titles such as Romanov Riches and Showdown Saloon.

This is in fact the sequel to Microgaming’s last year blasting Village People™ video slot. It was launched in collaboration with British ITV Studios Global. Fans seem to not have had enough of the disco fever.

With Village People Macho Moves, Microgaming is paying homage to the legendary song Macho Man. This is a 6-reel, 3-row online slot with 15 paylines. It comes with a medium variance and an RTP estimate of 96%. The game, which is out now, can be played on mobile, desktop and tablet.

YMCA is so last year, Macho Man is the man this June. The reel grid floats above the dance floor, and all the members of the band reside on the six columns. They concurrently happen to be the highest paying shapes, alongside the disco ball Wild, the golden microphone and a pair of dancing shoes.

As far as special features go, you can get 5 Free Spins for collecting at least three random wilds. The immersive slot vibrates with great music and special effects. Lights shine upon the floor every time you hit a winning combo. Other exclusive attributes that come with the Macho Moves include the random multiplier, additional wilds, scatter symbols, sticky shapes and stacked forms.

Each of the reels hides a special game of its own. Depending on the amount of same-shaped symbols you collect on each of them, you can get at least 5 gratis turns per spin. Flower power on!