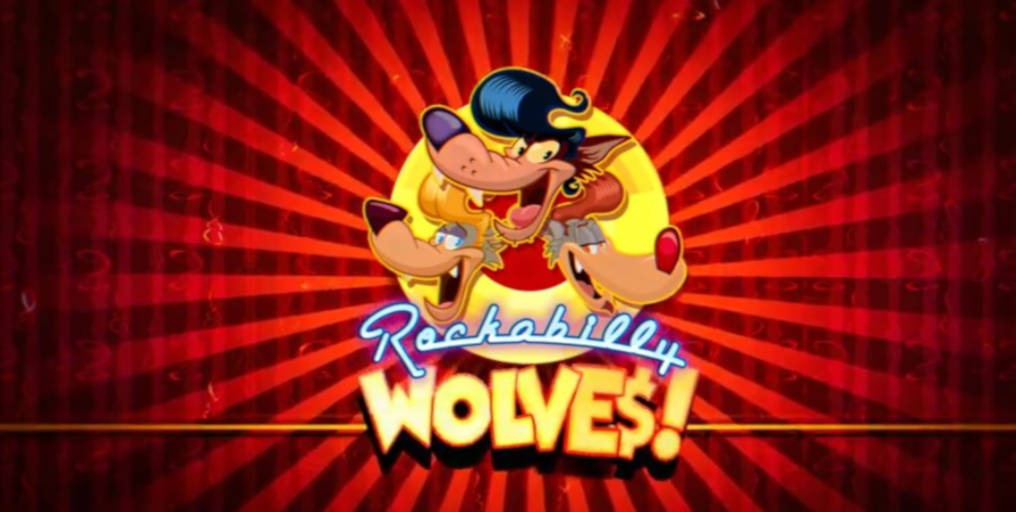 It is time to dig up the roots and wake up the old rock and roll. Blend that blues and country music and let’s get rolling with Microgaming’s new video slot!

The Isle of Man-headquartered mobile gaming pioneer is teaming up with Just for the Win studios yet again on another slot release that was made to succeed!

Let us remind ourselves – the duo’s partnership has been beyond prolific. Here are some of the notable numbers they have created together:

Perhaps the latter is the most reminiscent to the newest one.

Rockabilly Wolves takes a pack of funky wolves to a talent show and lets them perform their favourite rockabilly hits. The low denomination symbols abide on the reels as the standard card suits, which is what we often see in Just for the Win releases. The high paying signs are numerous – including the likes of juicy cherries, the lucky 8 ball, and of course, the charming humanoid wolves’ trio.

Looking like they just got out of the hairdresser’s, the animated characters will awake the 1950’s rockabilly culture with that quiff. This video slot is played across a 5×3 reel grid and 20 paylines. The bet range covers values between €0.1 and €50, so gear up with patience for this one!

Landing 2 Free Spins wolves will activate a second chance re-spin, and a reel without a free spins symbol will re-spin one time. The other two reels stay locked. Placing three of the same symbols will render open a bonus round and a total of 9 Free Spins! This fast-paced feature commences with a Sticky Wild located on the 3rd reel, and a 2x multiplier awarded instantly. Lastly, fathoming a multiplier sticky wild will raise the overall multiplier to up to 6x.