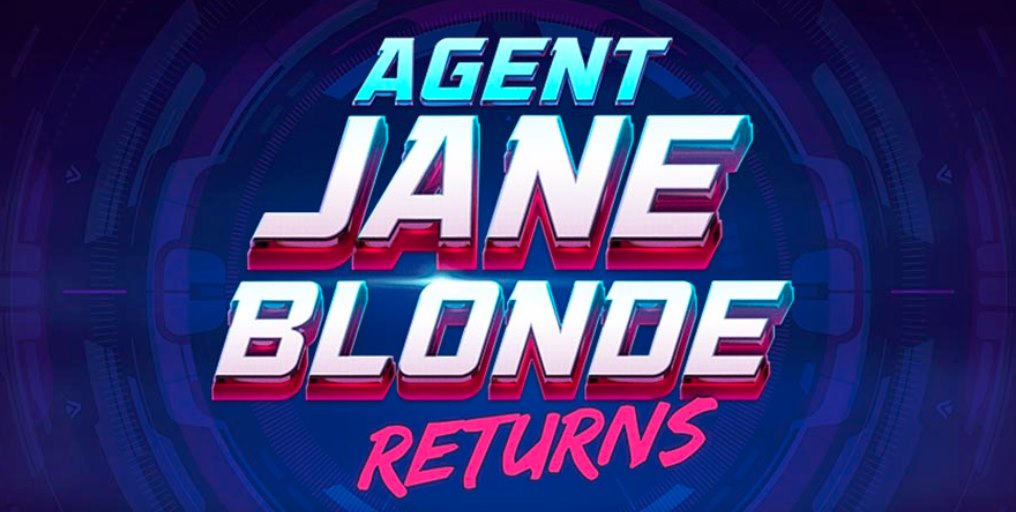 It has not been long since Isle of Man-based software development company Microgaming launched its latest 4 releases – the sizzling trinity of boiling hot summer slots and a perfect mix of legend and present time that is Robin of Sherwood.

The online software developer is now proudly presenting its freshest upcoming addition to the impressive portfolio and it is Agent Jane Blonde Returns online slot, that is being showcased at iGB Live! 2018 right now and that was developed exclusively by its own independent Stormcraft Studios.

Comeback of the Iconic Agent

The game was originally launched way back in 2005 and it was an instant success. The legendary daring agent has now come back revived and ready to spin our worlds in the spectacular sequel.

In the renewed edition of the game you can expect a 3 reel, 15 payline superspy action. The exciting return of the famous agent is celebrated by neon, retro wave inspired graphics, bright, attractive colours and an inviting atmosphere. With the stacked wilds and a re-spin feature, the game is about to stir our everyday lives and bring some sensational action in form of its phenomenal artwork.

The fifth this month to be powered by Microgaming, and the second to be launched by the new Stormcraft Studios, Agent Jane Blonde Returns slot is going to be available to Microgaming operators exclusively.

The fearless agent is coming back in style, and to celebrate her return, Microgaming has fully branded its stand at iGB Live! 2018, allowing thereby all attendees to spy visuals of the impending game and giving them a sneak peek into what they can expect in the near future.

David Reynolds, Games Publisher at Microgaming, has expressed pride at the look of the stand and commented on the continuous success of the firm, particularly this month.

“Following the huge success of Fortunium, we are so excited for Stormcraft Studios’ next release with Agent Jane Blonde Returns.”

Reynolds has highlighted the fantastic graphics of the slot and the ambiance which it radiates “that brings you into Agent Jane Blonde’s world of action and espionage”. He is confident that Agent Jane Blonde Returns will be a massive success.