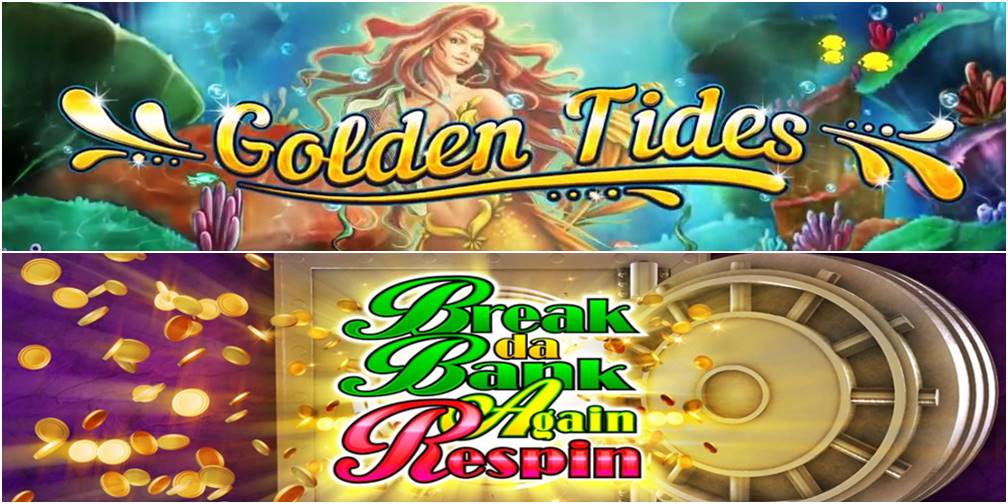 One of the biggest names in the gaming industry Microgaming has announced two brand-new slots that will be exclusively available to the wide network of Microgaming-supported operators. The new games are released under the titles Break da Bank Again Respin and Golden Tides and both are developed by smaller independent studios that collaborate with this software producer.

The popular heist theme and Microgaming content are a recipe for success. After 11 years, one of the oldest and most popular Microgaming slot games is receiving a makeover and coming back to the market under a new name. Gameburger Studios, one of the latest additions to the list of Microgaming’s independent studios, in honor of their new contract that the two companies signed a couple of days ago decided to refurbish the famous title Break da Bank. This is the first official slot that the studio published for Microgaming exclusively, with more content to come.

The slot comes equipped with 5 reels and 9 fixed paylines, along with several other special features. The main attraction is, of course, the Respin feature which brings a host of Free Spins with Multipliers that the players can retrigger several times over.

The second title that Microgaming released boasts yet another attractive theme. Golden Tides, created by 2by2 Gaming, features a host of mermaids that guide the players on their voyage. The 5-reel slot has 40 paylines and several special features, including Free Spins. There is a Wild that can substitute any symbol on the reels, as well as a Scatter that activates the Bonus rounds. The number of Free Spins you can get ranges from 10to 20. The feature can be retriggered using additional Scatters.

Both slots are already available in all Microgaming casinos!