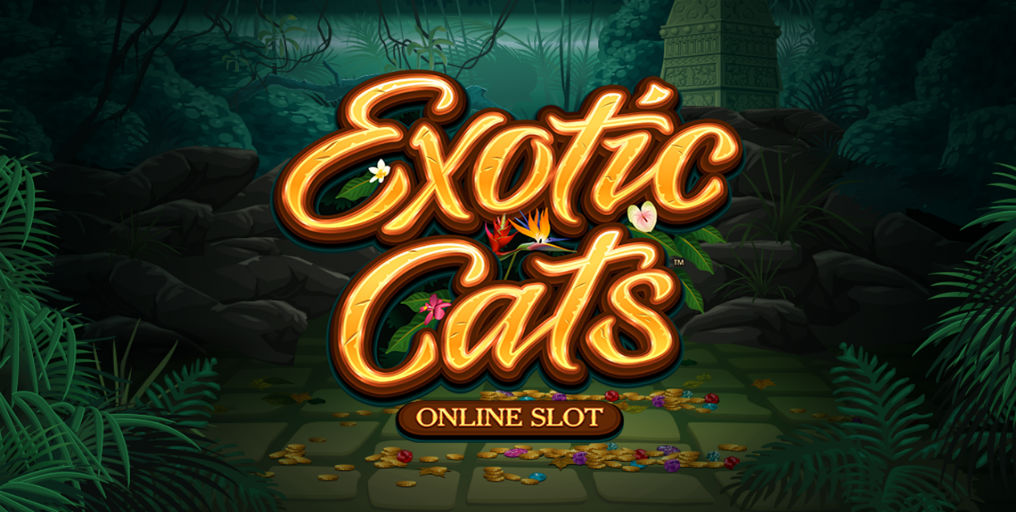 Microgaming’s Exotic Cats Finally Out of the Bag!

The sleeping lion has been awakened, along with an entire possy of large felines – all ready to live each of their nine lives to the fullest and pay up to 106,000 coins in Microgaming’s latest release, Exotic Cats.

Featuring the largest representatives of the species as the highest value symbols, Exotic Cats is a medium volatility slot with 96.33% RTP, 243 win-way and $0.15-$30 betting range; it was, of course, only natural for Lion’s value to top all other icons and the King of the Jungle will generate the highest payouts for the combination of 5, expanding across the entire 1st reel and turning it Wild to trigger the Vertical Wilds feature.

The same rule applies to other large cats, with only one difference – the landing reel will not be the same, which means that the Tiger can only expand on the 2nd reel, while Panther, Leopard, and Cougar can be expected on reels 3, 4, and 5, respectively.

Vertical Wild Feature is Star of the Show

According to Microgaming’s games publisher, David Reynolds, the Vertical Wild Feature carries an amazing winning potential, since all five reels can be stacked at the same time; the players, however, will not have to rely on the unpredictable character of cats to hit substantial payouts.

The combination of three Scatter Coins is all it takes for the Free Spins to be activated and if the triggering combo lands during the feature, extra 5 rounds will be awarded. This means that players can spin for free in the next 15 rounds and the good news is that Vertical Wilds can be activated during the bonus session as well.

Clearly, one does not have to be a cat person to enjoy this slot (although it will help, with all the cats lurking around) but from what we’ve seen so far, this slot might just be a cat’s pyjama…

The game is already live in top Microgaming casinos, and all you have to do is select one of those and start playing.