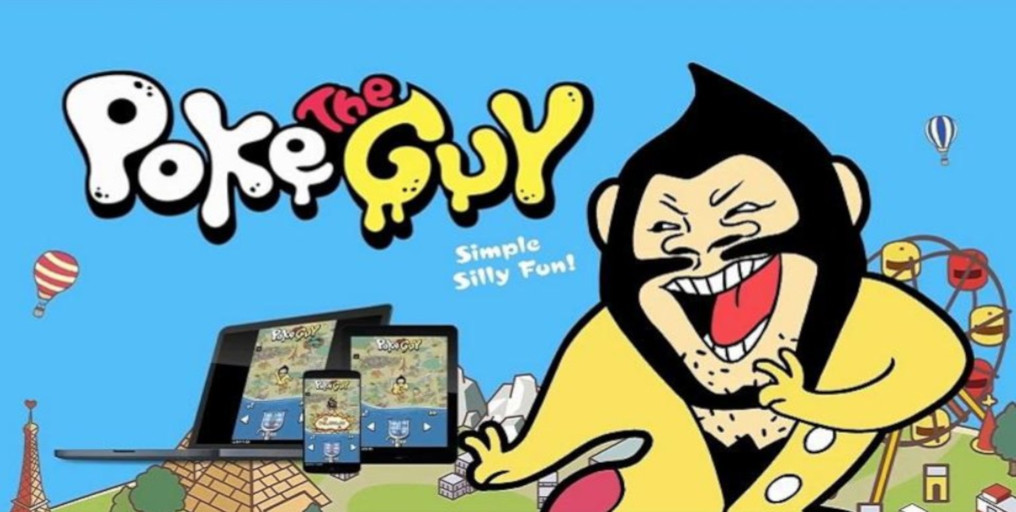 For those players who were eager to see something different, Microgaming has prepared a slot machine that’s not likely to be copied anytime soon.

Poke the Guy is now available on the Quickfire platform and players can enjoy the “simple, silly fun”.

Although the game has neither reels nor paylines for winning combinations, players have the opportunity to win hefty rewards of up to $15,000 during the most profitable rounds. So, don’t waste any time and join the party.

Microgaming never ceases to amaze us with their video slots and this time they did this with this completely unexpected slot. Some will say that they got lazy since they teamed up with Triple Edge Studios and Just For The Win but, although the game doesn’t look like a video slot at all but more like an arcade game, it has some special vibe and may surprise us.

Poke the Guy looks like something designed in the 1990s and all comes down to chasing Guy, who jumps around the screen while you try to hit him with different objects including knives, rubber duckies, lethal piranha and ice-creams. The goal is to take him down and stop him from terrorizing the city and save the citizens from his silliness and mischief.

Players can choose their bet size from $0,05 to $30 with each bet size having a different item assigned to it.

With a single tap on the electrified slingshot, the object is randomly thrown in the Guy’s direction and every item launched, counts as a bet. The Guy of course, tries to evade the projectiles and stamps on famous landmarks like the Eiffel Tower, the Sphinx and the pyramids as he randomly appears on the map over the screen.

Every time he appears, he makes the more hilarious pose then the previous time. Whenever you hit him in the face, you will be rewarded with one of the multiplier values of 2x, 4x, 8x, 12x, 18x or the maximum 500x.

Easy to play, featuring colorful graphics in a gamified environment, outlandish animations and a wacky character, Poke the Guy introduces simple, silly fun on a whole, new level and will definitely make you laugh.