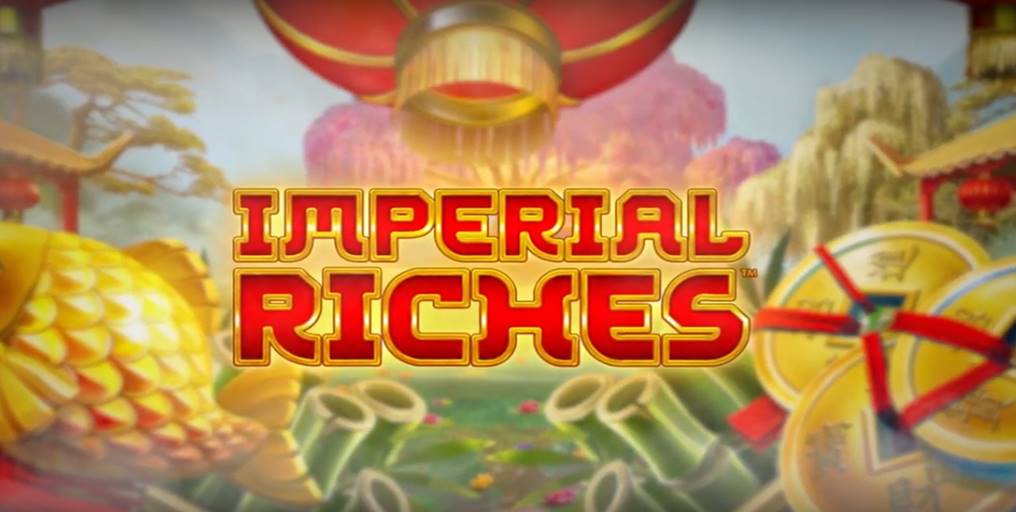 NetEnt Helps You Get Your Fortune with Imperial Riches Slot [VIDEO]

If there is one theme the iGaming industry will never have enough of, then it is Asia and the far Orient. Recently Playtech announced its sequel to the Jinfu series called Jinfu Long. Soon after that news, Microgaming turned up with its fresh Dragon Strike.

Next week will mark the launch of NetEnt latest release called Imperial Riches.

Imperial Riches is presented on a 5-reel and 3-row playing grid combined with 15 paylines. This stunning video slot comes with a solid RTP (Return to Player) value of 96.88% and a maximum winning potential of 30,000 in coins. The bet range encompasses all values between €0.15 and €30. Playable across all platforms, including tablet and mobile, Imperial Riches is a modern online slot targeting all lovers of quality graphics and immersive gameplays.

It even comes with not one but four jackpots: mega, major, midi, mini and rapid, each of which is hit on its designated reel. For instance, the mega jackpot is placed on the first reel; the major is on the second, and so on.

Collect the colourful jewels as the game unfurls until you activate the bonus game. Then a pond of koi fish will turn up before your eyes and an extra, exclusive round will commence. Six kois will try to eat the jewels, boosting thus your chances of winning.

Let’s now address the most obvious aspect – the visuals. Imperial Riches is arguably the most astonishing Asia-inspired video slot to date. Every detail has been thought through – from the symbols to the surroundings. High denomination shapes are pots of bamboos, gongs, Chinese coins and the like. The sole bonus round is a masterpiece of its own kind. The sparkly water in which the school of fish moves graciously leaves us breathless.