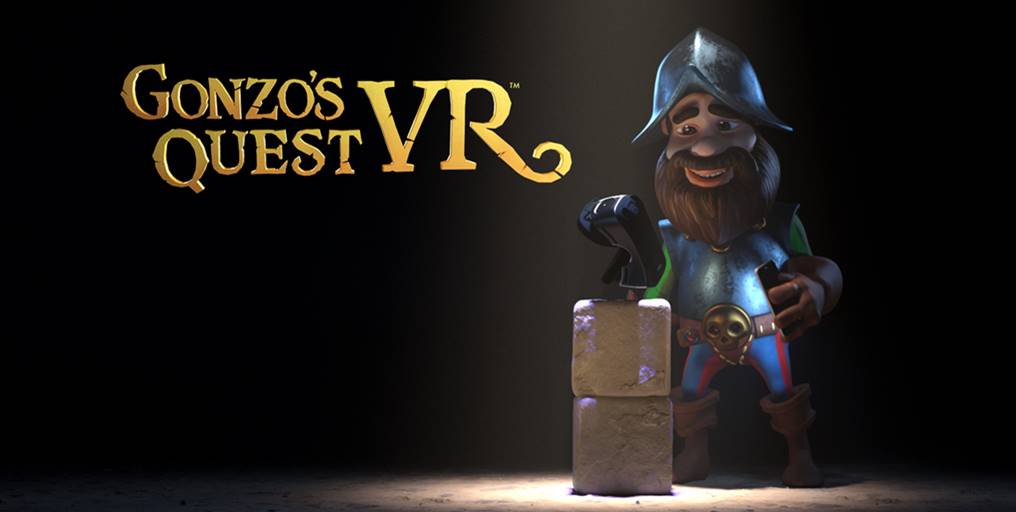 The illustrious producer of online casino games NetEnt is creating history again. The amazing provider has just released its first-ever VR slot which is named Gonzo’s Quest VR. The release is already in all NetEnt-powered casinos!

It was only a matter of time when VR games will become a thing in the online casino industry. And we are happy to say that that moment has arrived! NetEnt is the first company to introduce VR games to its online casino game portfolio. The game which features the new technology is known as Gonzo’s Quest VR.

The highly volatile VR title was announced at ICE Totally Gaming conference in London, in February this year. Those who attended the conference were delighted with the announcement and praised the new creation.

The game follows the story of a real historical figure. Gonzalo Pizarro or, Gonzo for us, was the Spanish conquistador set out to find the treasure of El Dorado. When you open the game, the first thing you will see is a short snippet where his story is explained. As he finishes telling you his tale, he jumps off the ship in search of his goal. You are then taken directly to the 5 reels where you have 20 paylines at your disposal. During gameplay, Gonzo stands next to the reels and oversees your playtime.

The original game was a breakthrough as well. When it first appeared in 2013, Gonzo’s Quest was the first slot to incorporate the now-famous Avalanche Reels feature. And now that feature is present in the VR version! You will also have a plethora of other animated features to employ during playtime, including Free Spins, Multipliers, and Wilds. Even though there is no jackpot in the game, you can still win big – the maximum potential win is 187,500 coins. It is fully compatible with all devices, including iPhones, Androids and tablets.