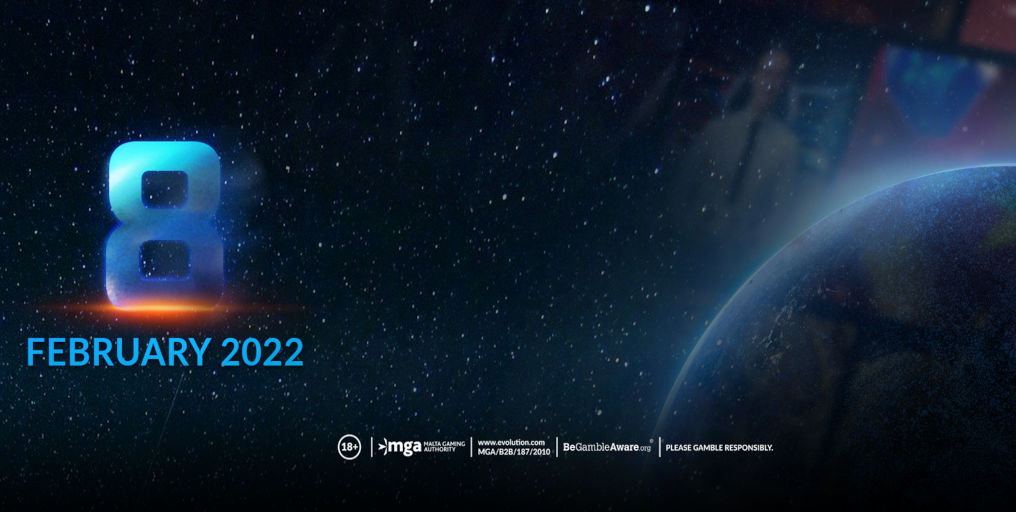 The beginning of a new year marks one of the happiest seasons in the world of online gambling. One of the reasons why everyone looks forward to the first months is that companies reveal their game roadmaps – and the biggest of them all is Evolution.

Have a look at what we can expect from Evolution and its subsidiaries in 2022.

Evolution owns three key slot game-makers: Big Time Gaming, NetEnt, and Red Tiger. The year ahead is going to be very busy for all three companies, if their reveal is anything to go by. Here’s what we’ll see from Red Tiger:

During the event, Evolution’s CPO Todd Haushalter presented seven exciting releases from Red Tiger. Among the games are Narcos Mexico, a continuation of the epic NetEnt slot, as well as Wild Tundra and Zillard King. Also, the Dragon Cluster Buster slot is a promising game that will have a massive cluster busting feature that will surely appeal to fans of fantasy slots. There is also the Doggy Riches Megaways release which, along with Big Cat Rescue, features Big Time Gaming’s Megaways mechanics. Red Tiger will also release Blood Suckers Megaways, an upgraded version of NetEnt’s smashing vampire slot.

NetEnt and Big Time Gaming also plan a fruitful year: NetEnt will treat its fans to five new releases, among which are Knight Rider, SuperStars, Funk Master, Cornelius, and Space Wars 2 PowerPoints. The NetEnt SuperStars slot was described as the most expensive slot to date – and is set to feature a cast of the most beloved slot characters ever! Cornelius is a cute slot about a cat with a cash collecting game, while Space Wars are set to make waves in the industry with PowerPoints. PowerPoints is a brand-new point collecting feature where punters gather points to win cash prizes and free spins.

Pushing the Envelope in the Live Casino Sector

The exciting news is in store for live casino fans as well! Evolution, along with its super famous live content company Ezugi, is planning a feast. With 12 new games to look forward to, Evolution live casino fans will get to enjoy three new live roulette games, a couple of game shows, and opulent Indian gambling games.

Ezugi will expand its portfolio with three Ultimate live casino games, including Ultimate Sic Bo, Ultimate Roulette, and Ultimate Andar Bahar. The Ultimate Andar Bahar is the heir to the popular Ezugi Andar Bahar live game that will have wins up to 1,200x the stake. Ultimate Roulette is even more exciting: it’s a multiplier roulette with multipliers boosting payouts up to 2,000x! Fans will get to enjoy the fan-favourite Russian Poker as well, but we are curious to see how the players will react to Video Blackjack. It’s a live table designed for mobile screens where punters share their video streams and can see other players. It’s safe to say – that’s a first for the gambling industry!

And finally, Evolution will expand its portfolio with six new games:

Monopoly Big Baller is the headliner, and we expect to see the game in the late summer. It’s a bingo game like Mega Ball, that has a direct link to the original game show. Next, Extreme Lightning Roulette is probably going to be an exclusive release, along with Gold Bar Roulette live. And a fun fact: Evolution also briefly mentioned Teen Patti, but we have no information about the game for now. We look forward to meeting Evolution Teen Patti live in 2022!

This is just the beginning. Games may be the most important asset for the players here, but Evolution and its companies presented a compilation of superb features, mechanics, and perks for gambling operators as well. Surprises include Evolution One Stop Shop, as well as Max Megaways, a new live lobby for Evolution, a brand-new search option with new functionalities, and a Deal or No Deal First Person game release.

And you saw it here first, guys! Stay tuned for all game reviews and updates about upcoming Evolution live games.