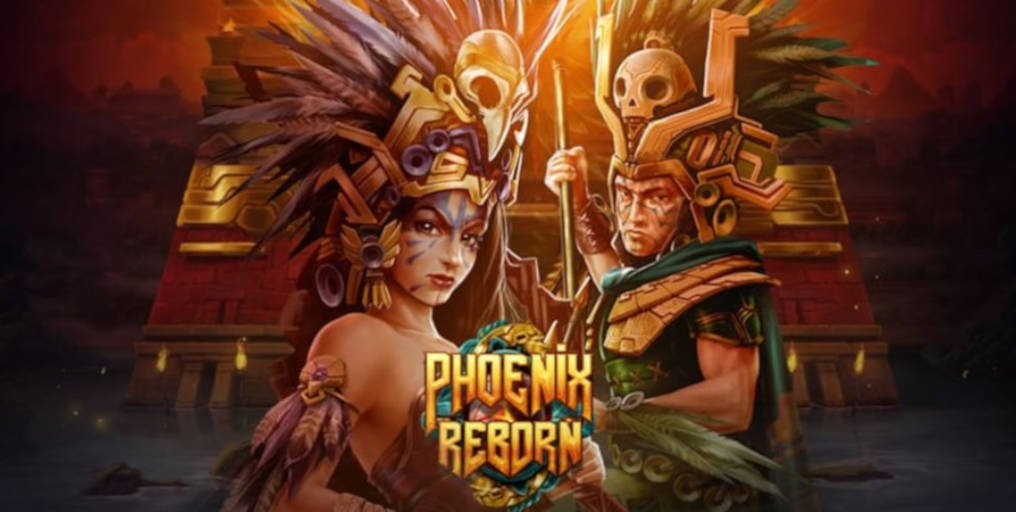 A brand-new title, Phoenix Reborn, has been announced by Play’n Go.

The exciting new game will be based on the ancient Aztec civilization and will feature stunning new visuals and a captivating gameplay. This 5-reel, six symbols per reel amazingly smooth game is sure to bring loads of excitement for players all over the world.

Look out for the Phoenix

The players will have to match three, four or five symbols spread across 40 pay lines to get a standard win and keep an eye out for the Phoenix, which is this game’s Wild. The phoenix can act as a substitute for any other symbol, with the Scatter being the exception. The Phoenix is also able to expand and fill any reel it lands on, allowing for even more chances across the lines.

Furthermore, the game features two stacked symbols, the Male and the female Aztec warriors which are also able to fill the reels and allow for even more chances to create a winning line.

Phoenix Reborn will also include the Free Spin option, which will be triggered if the player lands three, four or five Scatter symbols on the reel. The Scatter Symbol is depicted as an Aztec mask in the game, which cannot be missed. Hitting a Scatter on the reels will allow for 7, 12 or 20 free spins.

Being the newest release by Play’n Go, Phoenix Reborn will surely bring unmatched excitement to players who choose to enter the world of ancient Aztecs.