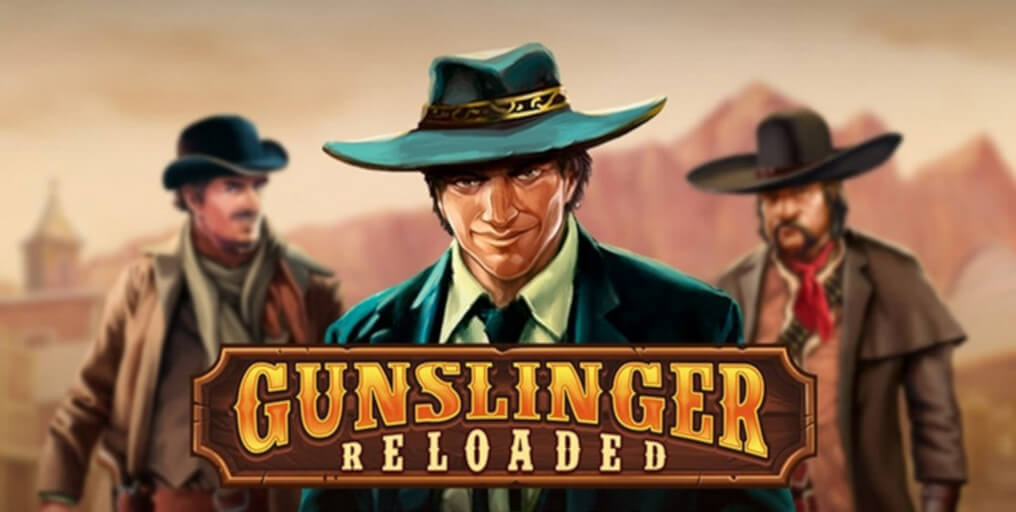 Tons of new slots arrive each and every month but it’s a real treat when one carries a progressive jackpot.

That’s exactly what Play’n GO is bringing to the table with its latest release Gunslinger: Reloaded.

We are super excited about this release because back in 2008, Play’n GO released its Gunslinger slot and it became an instant hit among players.

A decade later, Play’n GO decided to launch a sequel to the popular video slot called Gunslinger: Reloaded and not only because of the ten year anniversary but because Gunslinger was the company’s very first slot release.

The Wild West theme will instantly draw you in its immersive setting and the fast-paced action starts as soon as you hit the spin button. The appearance of the sequel will be almost identical to the original with all the revolvers, gunslingers and whiskey bottles but expect completely upgraded gameplay.

This 5-reel, 25-payline slot offers sharper graphics and the Wild West theme is even more amplified with the felicitous soundtrack that changes its pace just like the game.

Each of the two scatters, trigger different bonus features. Landing three or more whiskey bottles anywhere on the reels trigger Free Spins feature with 10 to 25 free spins. All winning combinations pay with a 2x multiplier during free spins.

During the feature, more free spins can retrigger without limit. The second one is Bounty Hunter feature triggered when you collect enough wanted posters. When three wanted posters land on reels 1, 2 and 3 simultaneously, a player picks his target from the bounty board and chases the outlaw through the town.

And finally, progressive jackpot comes on top as a cherry on the cake.

In the Shoot the Cards feature played when you collect each of the poker cards to form a winning combo, the progressive jackpot can be won if all the cards have the sheriff sign on them. The jackpot seeds at 1,000 and continues to grow with each real money spin until it’s won. 2.5% of each your bet contributes towards building the progressive jackpot prize.

Put on your cowboy hat and start spinning those reels!