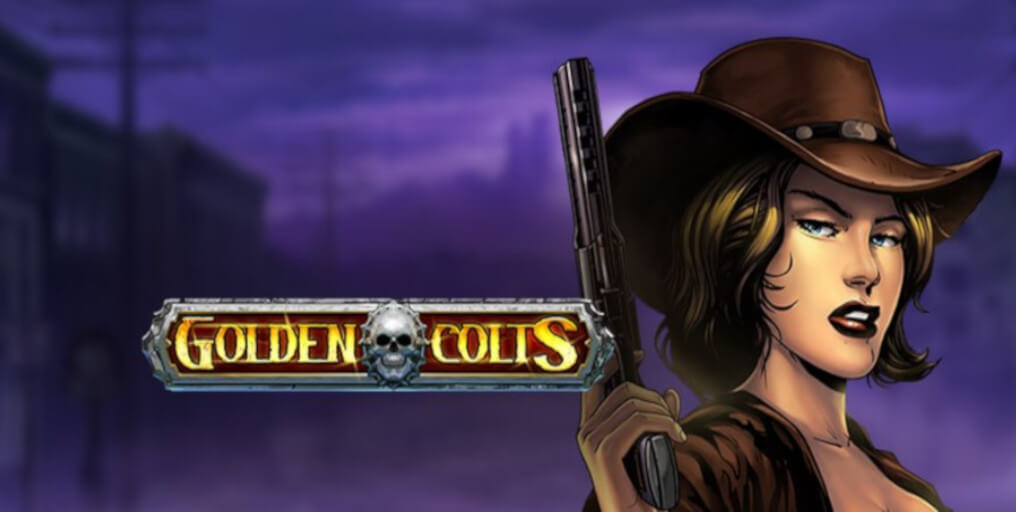 While February was an unusually quiet month for the leading casino software creator Play’n GO, it seems that the manufacturer took the time to truly masterfully craft its brand new release.

After the already successful disclosure of the Queen’s Day Tilt slot, Play’n GO goes on with the feminist streak and is now rocking a Western-themed Golden Colts slot.

The video slot features an alluring young cowgirl who has her hand on her pistol at any given point. You had better watch out!

Joining Microgaming’s Showdown Saloon slot and the Western theme club, Golden Colts is a 5-reel, 3-row video slot with 40 fixed paylines, but it is not your typical cowboy game. It features an unexpected twist and a mélange of genres such as mild horror and gangster.

The undead Sheriff is the centre of this game. That is where the horror comes to life. The sheriff wants to protect his town from the atrocious Ace High Gang, and he is going to do that with the help of the game’s namesake – the infamous Golden Colts. What this means for you is that you can load the Colts up and fire one of the 7 thrilling bonus features that the games boast. When activated, the features will trigger enormous wins and there is so much more for you to look forward to! Which feature will it be?

The purple-tinted mysterious new Play’n GO game was originally designed as a tailored title for Mr Green Casino and is not on display in the developer’s well-rounded game library.

Johan Törnqvist, Play’n GO CEO, said on the release, “When we release a game like Golden Colts to the public; we want to make sure as many people in as many regions as possible can enjoy it.”

Törnqvist highlighted the importance of giving players a choice. “We have certified our entire portfolio for the regions we operate in, something nobody else in the industry is doing.”