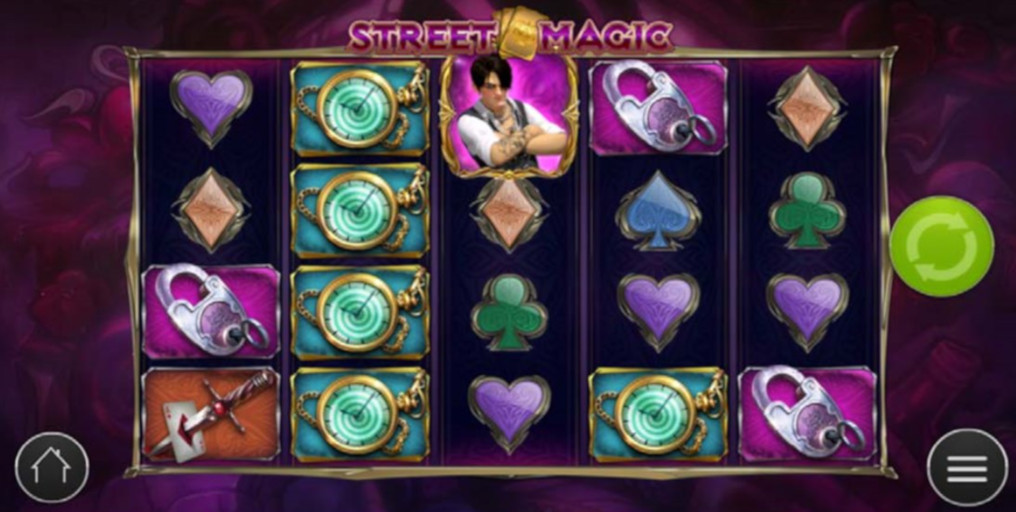 Conjuring a massive miracle, innovator among online content suppliers Play’n GO is releasing a brand new themed slot game called Street Magic which is so entertaining and addictive that you will want to be tricked!

Pulling another ace from up its sleeve, the iGaming manufacturer is showing us a whole new world by pushing boundaries and taking slots to a whole new level.

The protagonist of the game is an infamous trickster named The Magician, who will try to mesmerise and hypnotise you with his alluring performances and make believes while you will have to try your best to use your own magic and win big!

Not Your Ordinary Magician

Street Magic has 5 reels and 20 paylines, and features a magical adventure you will not see elsewhere! Accompanied by stunning graphics and immersive sound effects, the Magician is no trickster in the traditional sense, but rather a bad boy type of guy who will not pull a rabbit out of his top hat, but pull your leg!

Inspired by the currently popular Dynamo and the needle-swallower David Blaine, The Magician is one to take the traditional trick-making into an art you will find on the streets.

All of the in-game segments are based around The Magician’s performances. As an illustration, his ‘Wild Shuffle’ will add extra Wilds on the reel, whilst extra Scatters will be added during ‘The Transporting Man’ and Free Spins will be rendered.

Magic has always been loved by many, and as much as it is fun, it is also mysterious. Johan Törnqvist, Play’n GO CEO, deems that players will be attracted to the game for that reason.

“Everybody loves the mystery and excitement of magic, and street magicians have revived the art and brought it into a new era.”