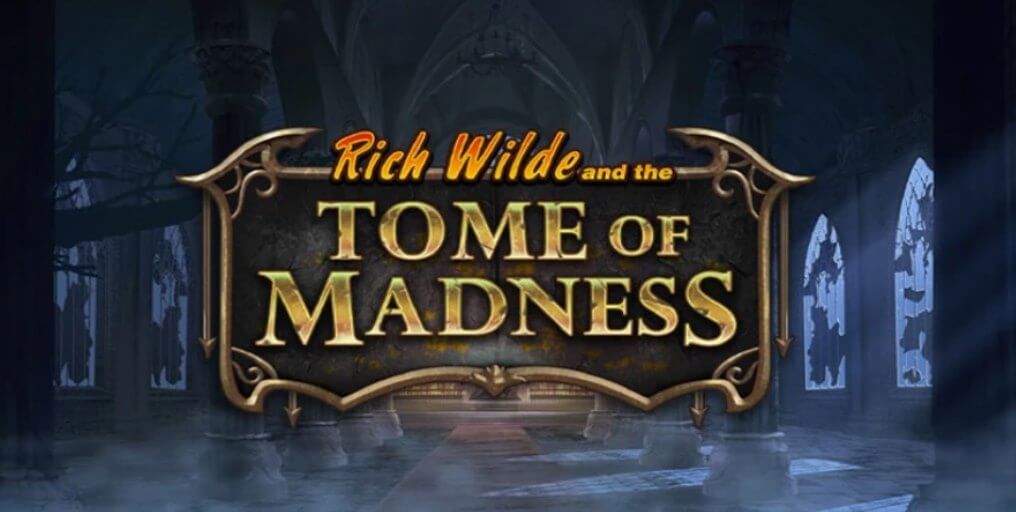 Numerous new slots are coming our way every day. Most casino suppliers focus on creating fresh, never-seen-before content. On the other hand, we have leading online casino provider Play’n GO who decided to build on its achieved success. The developer’s famous hero Rich Wilde has returned in a brand new adventure called the Tome of Madness. We are intrigued, to say the least.

The universe of iGaming first met the protagonist in 2013 with Aztec Idols. A year later, Wilde travelled east and settled in the Pearls of India. Finally, he reached the peak of his exploring career in 2016 with the world-renowned Book of Dead.

This year, we are the witnesses to the revival of his quest. The month of June in 2019 sees the immortal hero rummage through mystical brotherhoods of the Cthulhu Mythos cults. Originally created by American horror writer H. P. Lovecraft, Rich Wilde has outgrown his roots and became a sort of a cult himself.

Surpassing His Own Limits

This bewitching video slot is spread across a 5×5 reel grid with an RTP of 96.59%. It comes with a high variance, which makes many of us chuffed to bits. The online game boasts a whole lot of extra features like Abyss, Void, Special Wilds and Eye Marks. With bet offering going from €0.10 up to €100, the total winning potential amounts to 1,000,000 in coins.

Johan Törnqvist, CEO at Play’n GO, said, “Of course, it was always in the plans to bring back a character as popular as Rich Wilde, players love him and his games, so it was just a case of finding the right adventure for him to go on.”

With all that being said, Tome of Madness has all the qualities to become as legendary as its predecessors. It is out now and payable at all Play’n GO casinos across all platforms.