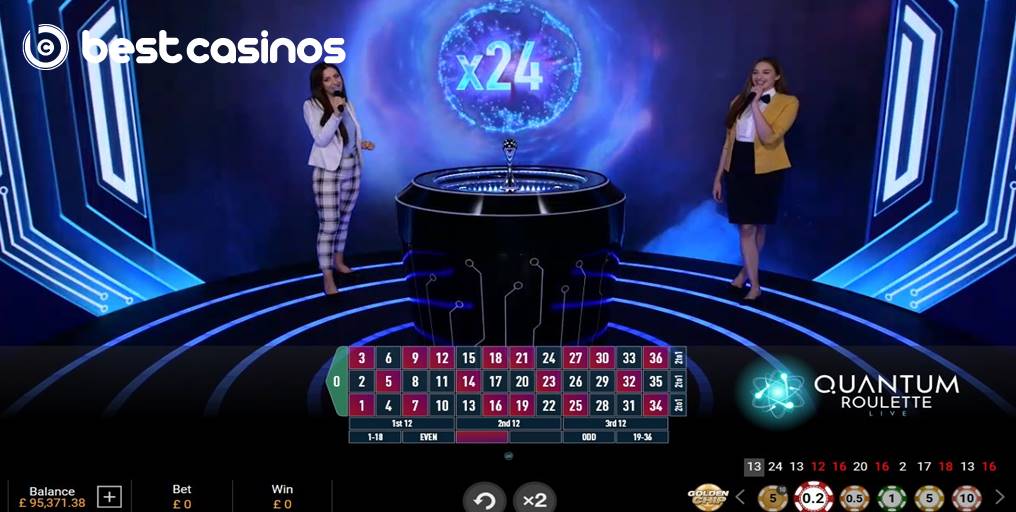 Pushing the boundaries of gaming is a breeze for Playtech. The reputable casino content developer has just announced the release of a new innovative product. The fans of the provider will now have an exclusive chance to test a new variant of Roulette known as Quantum Roulette.

The Playtech live casino network now hosts all of these famous titles. As they are available on the platform, you can play them anytime!

What separates Quantum Roulette from the crowd is the introduction of various ingenious additions such as single zero roulette rules. The live dealer title also sports five multipliers worth up to 500x the player’s bet for some ‘straight-up’ positions. Furthermore, interactive studio elements are part of the deal. Their function is to deliver ‘an engaging combination of visual appeal and innovative gameplay’, as the Live Casino Head Kevin Kilminster explained. He also announced that there is the randomly triggered Quantum Boost special feature. Its design offers players the chance to increase their multipliers.

As Kilminster put it, “Quantum Roulette has been designed to deliver on visuals and entertainment alike.” They have already seen players win up to 500 times their bet! Confident that the “immersive feel and lively gameplay” will work their magic, the company expects a lot from Quantum Roulette.

“It will hold great appeal for the modern generation of live casino players.”

The innovative live casino product will soon appear in all exclusive live casinos that collaborate with Playtech. Considering the success Playtech titles generally achieve, there is no doubt this one will become an instant fan-favourite. After all, it’s not rocket science, it’s Quantum Roulette!