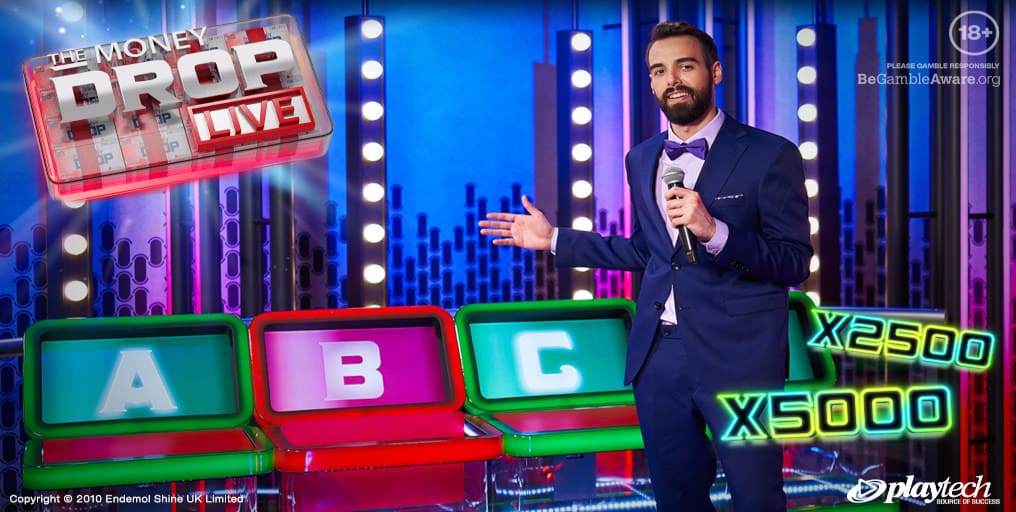 Playtech is well-versed in live casino game shows. After Deal or No Deal The Big Draw and Adventures Beyond Wonderland, the casino welcomed its Mega Fire Blaze Roulette live. But if you thought there wouldn’t be a surprise for the summer of 2021, think again.

Playtech has officially released The Money Drop Live, a live game show built on the Banijay brand. Read on to learn more about this instant hit game.

The Iconic Brand Is Coming to Life

Playtech is excellent at making live dealer games, but live game shows must be its speciality. The latest in a highly successful string of live dealer releases, the Money Drop came out last week. To create this magnificent game, Playtech contacted Banijay, a global company that’s behind some of the biggest TV shows and games in the entertainment industry. Some of the games that belong to Banijay include the Deal or No Deal franchise, on which Playtech collaborated with Banijay last year. The Deal or No Deal Live: The Big Draw was a major success in the live casino sector, and there’s no doubt Playtech is ready to continue the success with a new release. You can find the game in all Playtech casinos worldwide.

What’s the Game About

According to Kevin Kilminster, Head of Innovation at Playtech Live, “The Money Drop Livehas everything – an exciting, engaging format, a brand with international appeal, and the kind of experience-led gameplay that typifies Playtech Live Casino.”

He also said that the company had seen an increase in the popularity of game show-style formats in  recent years. And it’s true – players are more and more attracted to game shows nowadays! Kilminster also added that the Playtech collaboration with Banijay Brands creates a fantastic opportunity to bring the excitement of some of the world’s best-loved brands to Live Gaming.