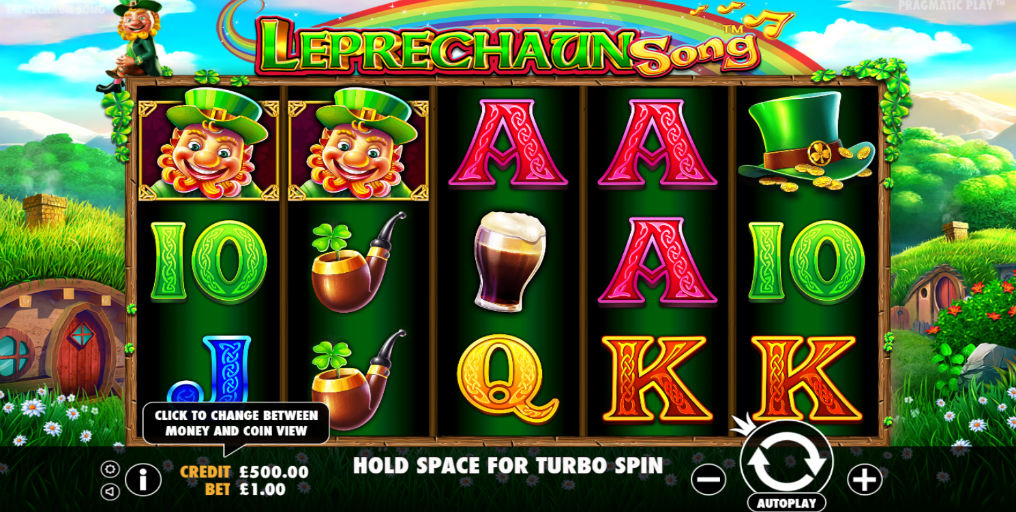 You can never have too much money or too much luck of the Irish, and it seems that Pragmatic Play was following these two principles when designing their latest slot, Leprechaun Song.

Interpreting a theme that’s not particularly original, the developer decided to compensate by introducing randomly triggered features, and make no mistake about it, you will find quite a few.

During the main game, just about any spin can unlock the Raining Wilds feature, where the Rainbow Wild icons are being dropped on the reels like crazy; alternatively, a spin can also end with the Pick a Fiddle picking game, prompting the players to choose one out of five violins for a cash prize. We’re not even close to being done here – a Giant Symbol can be formed from matching icons, turning into a 3×3 block that will expand across a different set of reels for the next 3 Free Spins.

Another way to trigger the Free Spins is to align three Pot of Gold Scatter icons, which will unlock 10 bonus rounds with x2 multiplier. The session starts with the players picking mushrooms, each hiding a new award – extra spins that will be added to the session you’ve already won, higher multipliers or a random symbol that will be turned into Wild. In some cases, the Scatter icons can even be nudged a certain way so that they would properly align and start the Free Spins.

If you thought that this is where your Irish luck runs out, you are wrong – Leprechaun Song also introduces the Coin Collector feature during which the Scatter icons are replaced with Golden Coins. The feature has four levels which the player must conquer by collecting more coins, which, in turn, produce more spins and higher multipliers.

Looking at the multitude of bonuses, it becomes perfectly clear why the Chief Commercial Officer at Pragmatic Play, Melissa Summerfield, has given such an optimistic account of the game, stating that the company is confident that Leprechaun Song “will be a hit”.

If you are looking to test the game at some of the best Pragmatic Play casinos, you can do so at premium gambling venues such as LeoVegas or Videoslots.