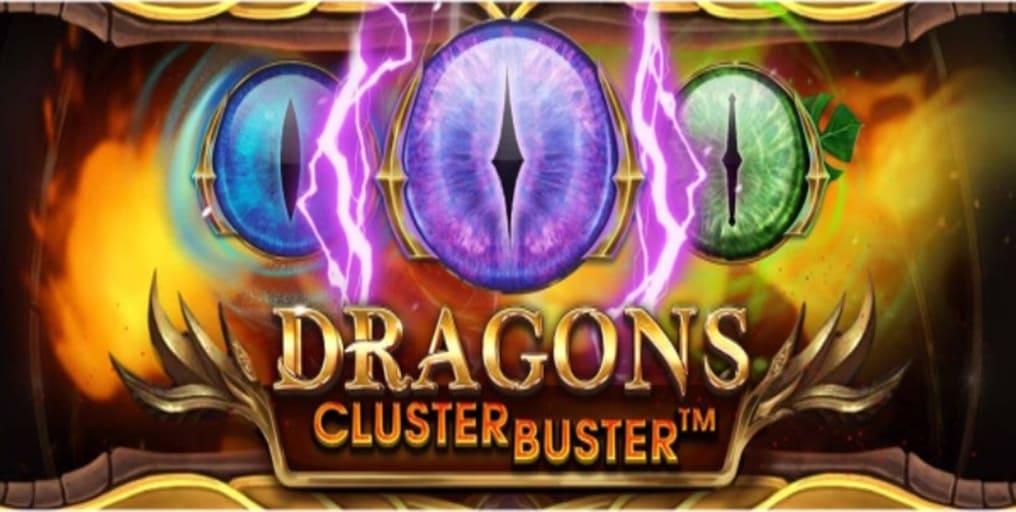 Red Tiger has launched its latest online slot Dragon Clusterbuster. As the title says, this slot takes players into the midst of a dragon-themed adventure. Full of fantastical features, swooping dragons, and a prize-giving Clusterbuster mechanic, this game has it all.

If there is one thing Red Tiger excels at, it is bringing to the screen big, scaly, fire-breathing dragons. These mythical creatures have appeared in several past Red Tiger games performing various deeds. However, this must be the first time they are doing some cluster-bustering. If you are not sure how this mechanic works, do not worry, a few spins is all it takes to grasp the concept.

Dragon Clusterbusters is sure to delight players, and set a few reels on fire! All the amazing features that players can enjoy during this game are initially locked. In order to unlock them, you will have to hatch the Dragon Egg in the middle of the reels. Dragon Eggs are represented by the 3×3 cluster in the middle of the slot. When a cluster win occurs next to the Dragon Egg, the adjacent parts of the egg are destroyed through the Clusterbuster mechanic. Once all the Egg’s parts of the egg are destroyed, an exciting feature will unlock. The unlocked feature is then triggered in the next spin.

Throughout the game, hatching a Dragon Egg reveals a Dragon Eye at the top of the screen to indicate a player’s progress. Dragons will not give up their gold that easily! Once players crack all Eggs, the final Fire Egg will unlock and trigger 10 Free Spins.

Evolution’s James Jones, says: “With stunning graphics and a hypnotic soundtrack, Dragons Clusterbuster brings the fantasy world of dragons to life. The team has worked hard to create a rich and engaging slot game that players are going to love to delve into. There are prizes, Fire Eggs, and a Clusterbuster mechanic that will keep everyone on their toes – what’s not to love?”