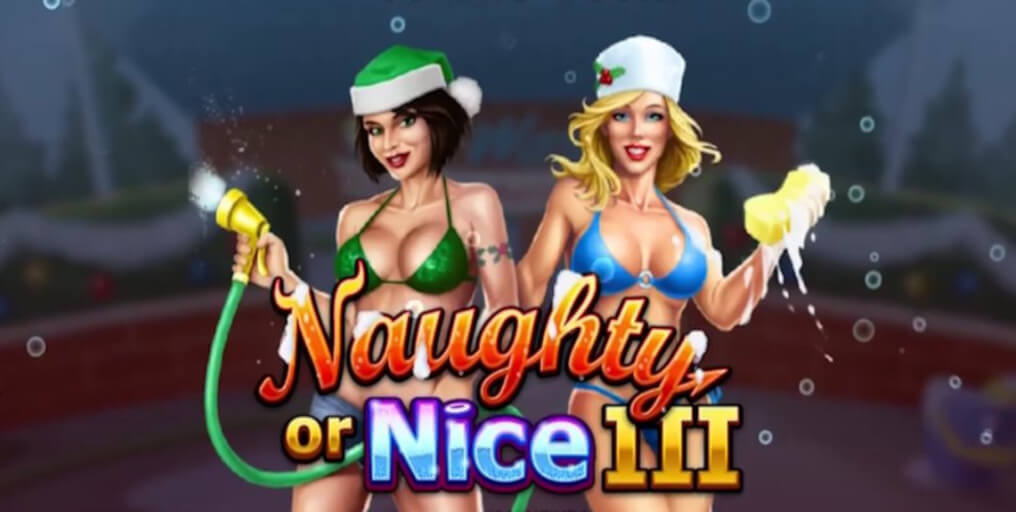 The Asian department of Realtime Gaming (RTG) surely hopes so after it has been announced that the third instalment of the ever-charming Naughty or Nice video slot has hit the market.

The seasoned slot players will be quite familiar with the storyline that’s made this game one of the sexiest and wildest slot games ever made.

This RTG title features two attractive Santa’s helpers – Naughty and Nice – both of whom are there to keep you entertained and rewarded alike.

Naughty and Nice 3 is a 5 reel and 30 payline slot. Unlike its highly-volatile predecessors, however, this particular version is of medium volatility. RTG decided to stick with the progressive jackpot pattern though and naughty or Nice 3 hosts a familiar duo of a Major and Minor random jackpots.

From the visual point of view, the third version of this popular game is exactly what you’d expect.

Naughty and Nice are both scantily dressed and here to appeal to your visual sensors while reels spin their way to fortunes in it.

Naughty or Nice video slot is all about the Lucky Feature.

Three or more naughty or Nice 3 symbols anywhere in sight are enough to give you 5 to 7 Free Spins. What’s more, you will be given an opportunity to double your wins during this round as well which is a nice little top-up.

A Special Lucky free spin is also there to reward you with no less than 10 free rounds.

This RTG gem would not be the same without the Pick a Girl Bonus where you will be faced with a tough choice between the two beauties.

They both have great prizes in store for you so close your eyes and let them take you away.