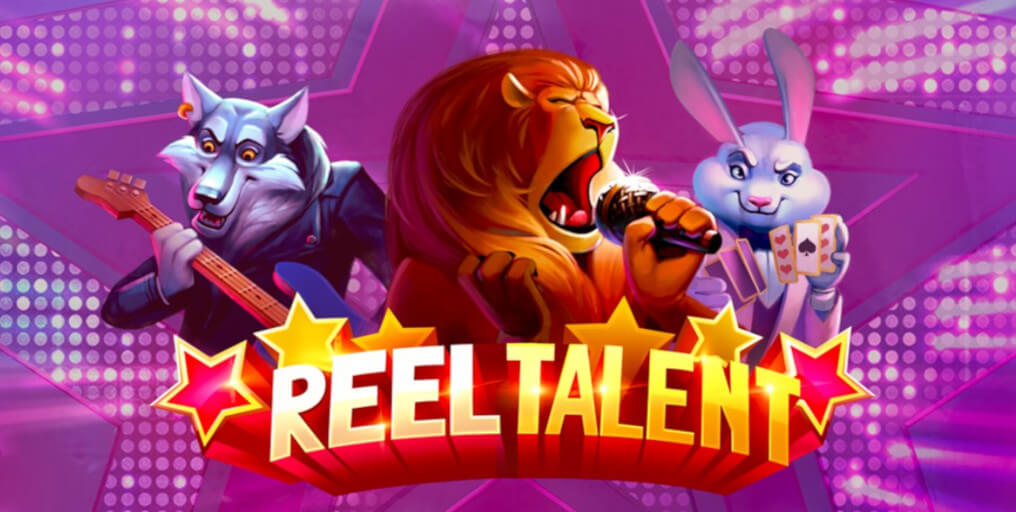 Microgaming’s creative kitchen has been working around the clock lately with the top-notch developer producing new slot titles on a regular basis.

With games coming thick and fast the company has announced yet another online slot called – Reel Talent.

Created by Just for the Win studio exclusively for Microgaming-powered online gaming operators, this fresh slot title will put you under the spotlight to showcase your talents and grab some whopping wins.

Reel Talent slot is a 5 reel and 20 payline slot game. It brings a line of eclectic talented performers hitting the stage in a battle of talents. This product is showcasing rich graphics, dazzling animations and some rather exciting features which will both excite and reward you.

Symbols on the reels include playing cards, guitars, torches and microphones as low-paying denominations, while you also have a rabbit magician, wolf guitarist, crocodile fire breather and a lion superstar singer and high-paying symbols.

The Stage is Set

Reel Talent slot game incorporates a Symbol Storage feature which can be activated by any win in the base game.

Once this feature is triggered, symbol type from the winning line will be stored and a free re-spin will be awarded. Wild is the only symbol you cannot store but there is every chance you will succeed in collecting three symbols during a game round, after which the players will be given a Superspin for a chance at the spotlight.

Superspins feature will grant you a chance to dazzle the audience on three different stages, which all depend on the number of different spins accumulated during the base game, going up to three, meaning you get to have not one or two – but three – types of Superspins:

Solo Performance Superspin is a particularly interesting round during which the reels will be filled up with only the stored symbol, thus granting you an opportunity to score major rewards.