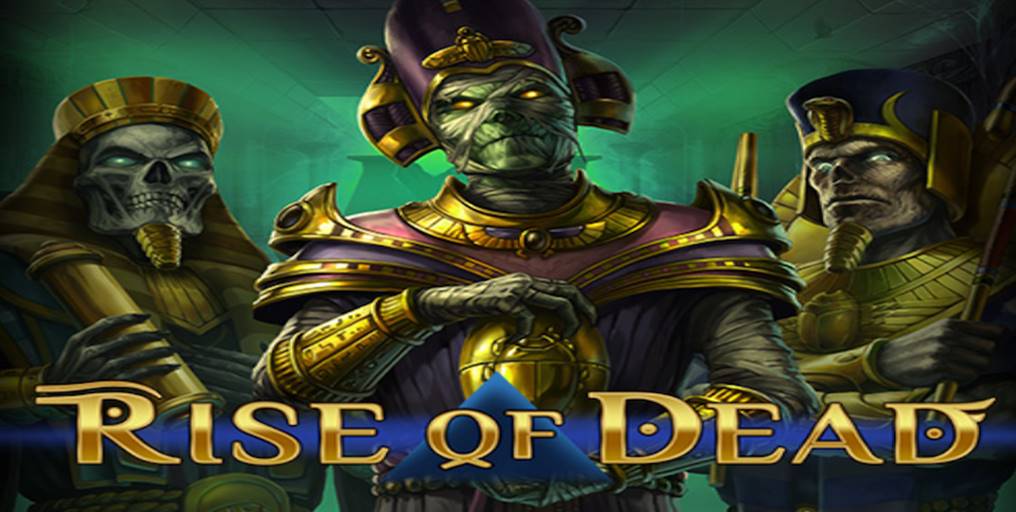 The creator of the famous Book of Dead slot is about to reach greatness again. Play’n GO has just announced the release of its brand-new slot titled Rise of Dead and no – it’s not a sequel, but a whole new standalone Egyptian slot!

Have Respect for the Deceased

Rise of Dead slot is played on 5 reels using 20 fixed paylines. Gaming enthusiasts will be able to enjoy a heap of intriguing features, including Mega Stacks, Gift of Gods, and Ancient Free Spins. The Egyptian-themed set of symbols include the usual paraphernalia that goes with the theme, including a Scarab Beetle, several high-paying Pharaohs, and a low-value set of card deck symbols.

There is a Wild and a Scroll that is your ticket to the Ancient Free Spins. You need to collect 3 matching symbols on reels number 1,3, and 5 to grab the 10 extra rounds. Fans will be delighted to hear that the number of Free Spins is not limited, as you can win even more extra rounds by collecting Scatters during Free Spins!

Mega Stacks are formed when a randomly chosen symbol fills 12 consecutive spaces on each reel in the base game. The Gift of Gods feature is another random feature that can happen anytime in the base game, where the reels will be filled to the top with specific Mega Stack symbols.

During your free rounds, a randomly chosen low-paying symbol will grace the reels in the stacked form, along with the Wild that can be stacked covering 7 consecutive spaces!

Do not miss your chance to try out the new Egyptian slot from Play’n GO. Given the success Book of Dead reached, there is no doubt the latest addition will be a delightful treat for all fans of the games that focus on this ancient culture!