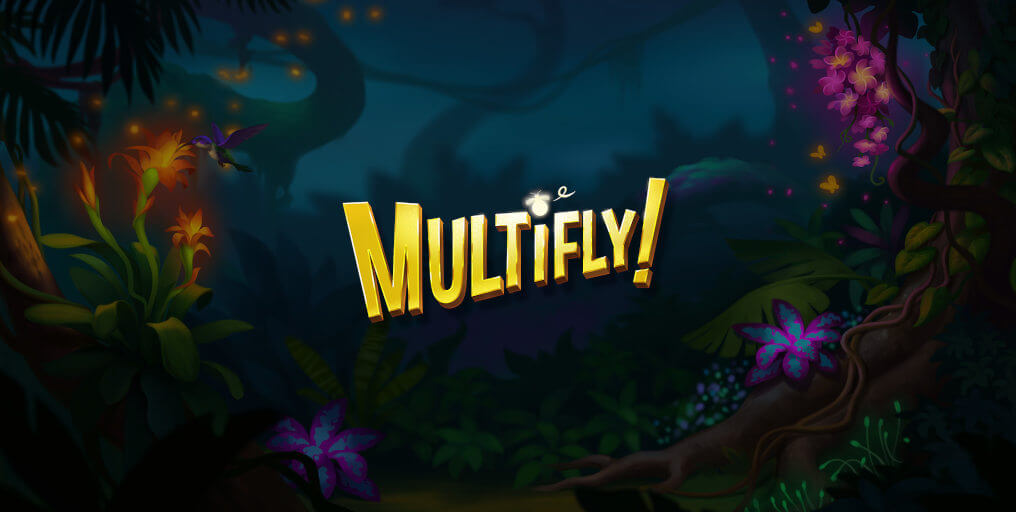 The Jungle in Yggdrasil’s Multifly Slot Is Calling You

After a new string of highly successful video slots that tackle various themes and topics, Yggdrasil decided to return to the jungle.

Its Brazil Bomba slot was a smash hit. Hence Yggdrasil did not want to stray too far from the exquisite nature of the Amazon. Or at least we hope that this is in Amazon! Anyway, let us show you what’s hiding in Yggdrasil Gaming’s latest Multifly video slot.

Hear the Call of Nature

Multifly video slot takes the players deep into the bustling rainforest somewhere very far. The backdrop depicts a serene image of a place amidst trees and exotic plants. Atop the five reels sit five chameleons – and they are the stars of this show.

Their task is to put the special features in gear. They trigger the Wilds and the reel Multipliers. Furthermore, they do that after every winning combo, thus adding extra Wilds to the reels so you can score more.

The wins function via the Dropdown feature. Once you hit a smashing combo, the winning icons will disappear from the reels and in their place more will land. Plus, you know how we mentioned extra Wilds? Well, the chameleons create a Wild out of one random winning symbol on the reel. Each time they do that, they add additional Multipliers to the entire reel! But wait, there’s more – Free Spins activate even more fun and extra features once you collect three Scatters.

Deep in the Jungle

As always, the design and visuals are impeccable. Yggdrasil’s trademark trait is the presence of perfect, top-notch visuals that round off the game experience. The features are just a bonus, trust us.

Furthermore, Yggdrasil incorporated a decent 96.3% RTP, ridiculously high volatility, and 243 ways to win it the game. That translates into sporadic wins that are of substantial size, but you will have to stay patient. Although the game has only five reels and three rows, it presents a challenge to those who expected casual play.  The maximum win amount that you can get is €788,445.

The game is officially out, so head to your favourite Yggdrasil casino and look for it in the lobby!